We’re sure Rockstar are busy working on the next content update for the game, but in the meantime we may have some details for you to suggest what could be in the pipeline this year.

Rumors are building up, claiming that Rockstar still has plans to offer a GTA V Zombies DLC mode. Furthermore, we’re hearing that this will be attached to the single-player side of the game, rather than multi-player. 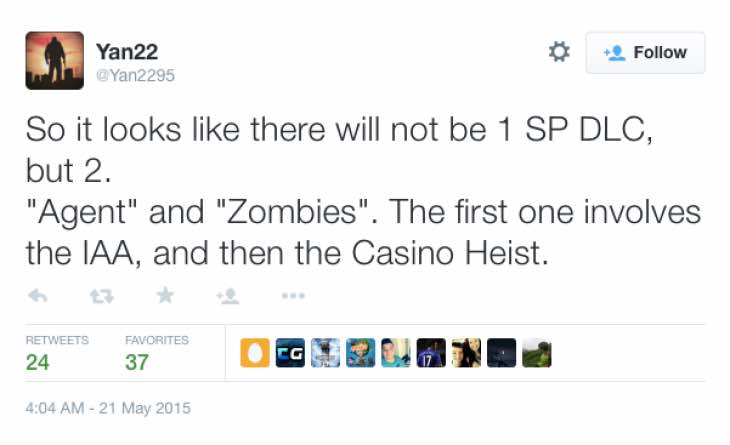 Some Tweets originating from well known GTA leaker Funmw2 also reveal that there could be plans for an ‘Agent’ style single-player DLC mode, as well as finally opening those Casino doors for those are still constantly asking when the casino will be open in GTA V.

If we are to believe these rumors, there’s going to be two single-player DLC releases for GTA V – one for zombies and the other for this mystery Agent mode.

Obviously there’s no clearcut evidence to back up these claims so we suggest you to just take them with a pinch of salt now until we get more info.

Zombies and a GTA V Agent mode though, sounds interesting right? Discuss these two modes below and whether you would like to see them in single-player mode, not online.