Some gamers just don’t get bored of zombies and want to see a Grand Theft Auto V zombie DLC first rather than anything else, although it is fair to say this would be a nightmare for others that feel zombies have had their day. While we would personally welcome a GTA V zombie DLC, in our opinion it doesn’t quite fit with the theme of this game.

The summer of 2012 revealed a new GTA IV mod that allowed gamers to play against zombies on the PC version and back then it seemed like GTA V would be perfect for zombies. Things have changed slightly now we know the full story and if we saw a mode like this in the form of DLC, then surely it would include aliens not zombies?

If you have played GTA V for any length of time, then you would realize that the alien theme is strong and in fact you can even see one such creature under the water right at the start of the game.

There’s a lot of reasons why the obvious GTA V DLC would be aliens and not zombies, so with this in-mind it just seems more consistent with the story to release some sort of alien downloadable content in the zombie-type theme.

We will stick our neck out and state that we’re not bored of zombie games just yet, loving Dead Rising 3 on Xbox One and have many memories of playing Black Ops 2 zombies, but for GTA V anything other than aliens just wouldn’t fit in our opinion. This doesn’t include the chances of a casino or prison DLC, which both stand a good chance of being featured in a future DLC. 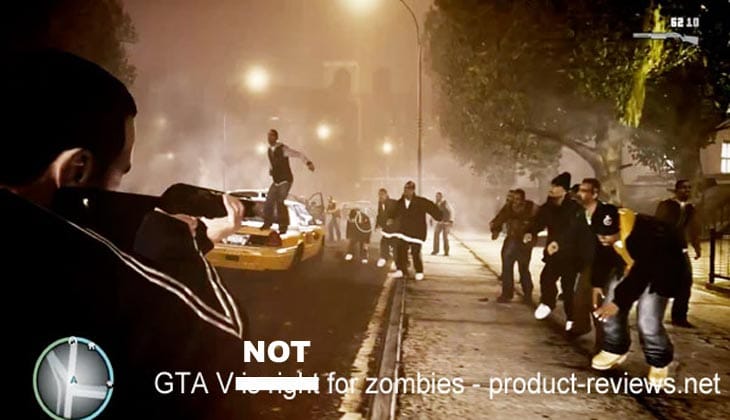 Where do you stand on GTA V zombie DLC vs. aliens? Would you like one of these to feature in some upcoming expansion, and if so would you prefer zombies or aliens?

We have already touched on the possibility of GTA V prison DLC vs. casinos, although the latter theme has been leaked according to some recent rumors.