We have not heard about any GTA V zombie DLC news for a long time, but thankfully with the launch of the PC version of the game we have some juicy information to share with you.

Many GTA V players are wondering what the future holds for the game with regards to DLC, especially since we haven’t even had a piece of single-player DLC for the game yet since launch.

It’s quite amazing when you think about it, given that traditionally Rockstar has released at least one major single-player expansion within one year of launch.

It hasn’t happened yet though and we can only assume that Rockstar are still working on it. Now, we have some more clues to suggest that this content may include the arrival of GTA V zombies. 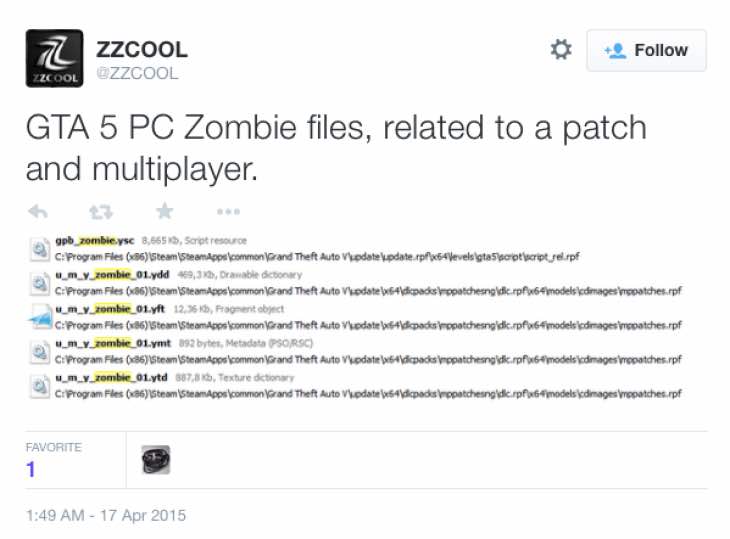 PC users have been able to dig up some files from the game, specifically name dropping zombies which is already inside the PC files.

You can take a look at the underground activity that modders are getting up to on the GTA Forums, but evidence of zombies can be seen in the Tweet above.

What does this all mean? Is Rockstar finally ready to give players GTA Online zombies as the next major content drop or not?

Leave your thoughts and suggestions below.