Rockstar has finally broken their silence on the GTA V upgrade program for PS4 and Xbox One platforms, for those that have already been playing on PS3 and Xbox 360. While it doesn’t look like there will be an outright GTA V discount for PS4 and Xbox One versions, Rockstar is going to accommodate players in the form of multiple in-game content bonuses that you’ll receive for upgrading.

The developer has just gone live on a vast list of goodies that those upgrading to next-gen, will receive. For instance if you buy the PS4 or Xbox One version after already having a career on current versions, you’ll be rewarded handsomely.

Free weapons include the GTA V railgun which you can see a picture of below and also the Hatchet melee weapon. Rockstar also has you covered with free GTA V upgrade vehicles, including a blimp that is controllable. 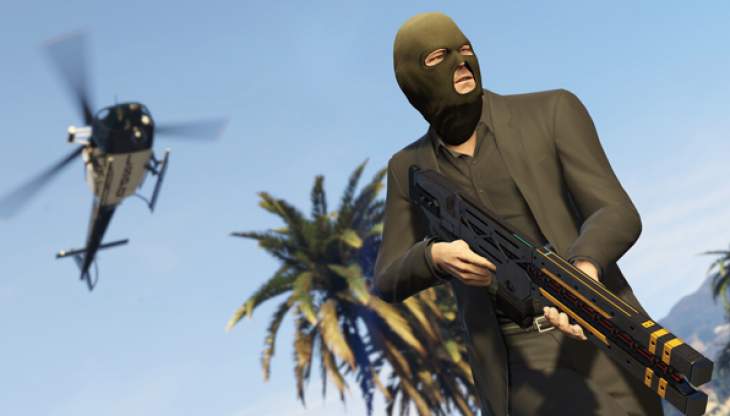 We can also see that The Liberator monster truck is going to be getting some back-up, in the form of the GTA V Cheval Marshall monster truck. Rockstar is also hinting that GTA ‘Classic’ vehicles for GTA V are also on the way too, but are not willing to disclose the full details yet.

It all sounds really exciting and as far as we’re aware, everything is going to be included at no extra cost as long as you are a returning player from PS3 or Xbox 360. Make sure you check out the full update from Rockstar here, then give us your reaction to all of the extra content that you’ll be getting.

Does this now make the upgrade to GTA V on PS4, Xbox One worth it in your eyes? No mention of GTA V 1.18 or GTA V Heists but we’re guessing that Rockstar will have the answers to these questions soon.