Is Rockstar starting to secretly inform retailers of their plans to ship Grand Theft Auto V next year? The famed developer has yet to confirm an official release date or platforms for that matter, but we have seen some recent activity online with retailers changing their shipping dates around.

Online retailers are usually a good indication on when games come out and if it is not Amazon that is spilling the beans it’s Tesco. The popular UK supermarket has altered their online listing for GTA 5, this time pinpointing a solid release date in March 2013, compared to their original listing which suggested that the game would be out before the end of the year.

Luckily, we’ve managed to get hold of the original screenshot below, which proves that Tesco has indeed changed their dates around. Originally they put down a December 28 release date for the game, but we’ve since learned that their listing has changed to March 29, 2013 instead. 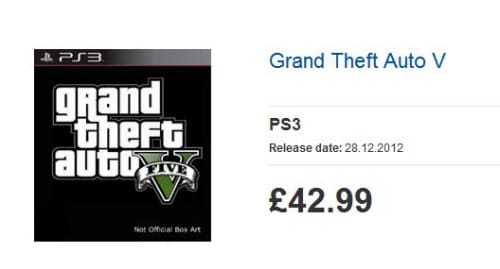 Have they just listed this new date for the fun of it, as a marketing ploy to attract customers to pre-order early? Or have they actually received the go ahead from Rockstar to start putting their revised shipping dates online? If that is the case, then we could even expect some official news from Rockstar regarding a release, but then again it could just be another bog standard online listing with no substance to it at all. 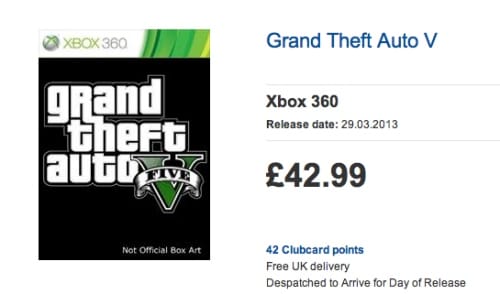 It has been a while since we had the recent barrage of screenshots for the game, so you have to feel that some new information from Rockstar will be coming soon. Having said that, we wouldn’t mind seeing even more screenshots, but how long are they going to make us wait until we see the next proper gameplay footage?

Have a look at the listing changes for yourself and let us know your thoughts on this. Do you think the March 29 date in 2013 could be accurate, or are you predicting a Summer 2013 release date instead?