It’s well known that PCs are the best for gaming mods, but Grand Theft Auto V has seen a number of mods on Xbox 360 thanks to a few tricks being performed by smart gamers, which even include UFO’s within GTA V’s Online mode spreading like an infection.

Today, we noticed a new GTA V mod for Xbox 360 that basically gives the gamer a first person viewing mode. The mod can be turned on within a couple of clicks and we’ve featured two gameplay videos below, which reveal how it works and where to turn the first person view on after installing this mod.

In the second video you will even see what it feels like flying a plane, using a speed boat, and just shooting people within the first person mode. This really does add a completely different way to play GTA V, and personally we feel it should’ve been there from the start.

GTA V Strip Club with First Person mod on PC with Oculus Rift – we’ve already looked at how popular GTA V will be on PC thanks to expected mods and how this compares to PS4 or Xbox One popularity with gamers, but there’s even more reason for PC to shine when we think about this FP mod being converted for use on PC. 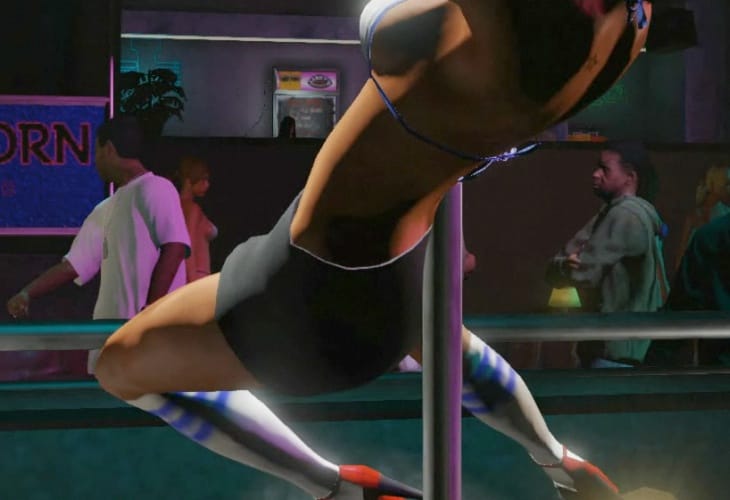 When GTA V releases on PC later on this year you will get loads of mods, but can you imagine playing in the first person mode using Oculus Rift while at the strip club? This really would be an experience to remember, and one we’re almost sure someone will make happen once GTA V launches on PC this year.

There’s always the chance of seeing Sony’s VR headset combined with this GTA V first person mod, and again this would be pretty unreal heading to the strip club using Project Morpheus. If you don’t know much more Sony’s Project Morpheus, then you need to watch a new video from E3 that was uploaded to the official PlayStation YouTube channel. We’ve embedded this clip below, the final video, which is called The Faces Of Morpheus and would be impressive if used on PS4 with GTA V in the future.

Would you like to play GTA V in a first person viewing mode and if so, would you also like to combine this with a VR headset?