We recently told you about a god mode mod for GTA V PC players that was doing the rounds, but now we have something perhaps more exciting for those that want to take a light-hearted route to GTA V mods on PC.

It’s now been confirmed that a GTA V PC mod for unlimited snow has arrived in the game, with Rockstar usually only giving this feature to players as a special holiday treat.

However, if you have the PC version of the game, you can play around with snow for as long as you want in the game, thanks to mod creator ECB2. 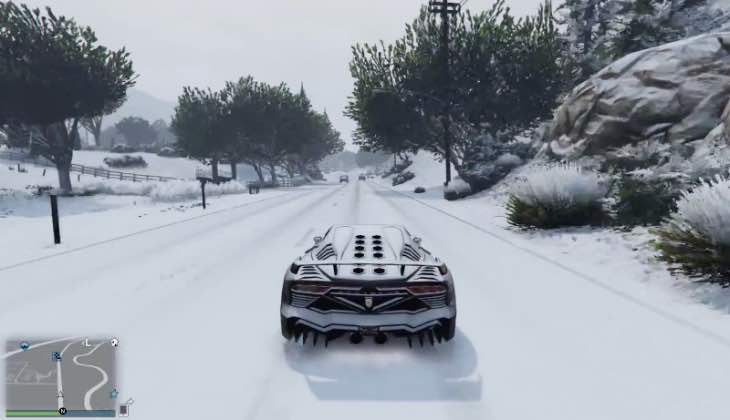 The mod is officially called the Snow in GTA Online PC mod and you can get it by following the link. One word of warning though, as this is obviously an unofficial mod and there has been reports of Rockstar potentially banning players for using it in GTA Online.

Looking through the comments on the mod page though, many users have said that they have been able to play this mod without any repercussions and despite the fact that it was reported to have been disabled in the most recent GTA Online patch for PC.

If you love driving in snow and want to check this out, let us know how you get on. Meanwhile, tell us what other mods you want to see created for the PC version of the game.