After some recent GTA V screenshot teasing from Rockstar, things have suddenly turned stale again with no updates or news from Rockstar on when a highly anticipated GTA 5 release date will be announced.

It seems like the entire gaming universe is waiting for the big announcement, with Rockstar seemingly happy enough to keep everyone waiting further until they are finally ready to give the news that everyone wants to hear.

Meanwhile, the speculation from gaming analysts and other corners of the industry continues to grow and this week we have heard some new release date predictions from the infamous ‘hit and miss’ analyst otherwise known as Michael Pachter. He’s become popular for dishing out release predictions in the past, although it has to be said that they don’t always come true.

He usually dishes the dirt during episodes of GameTrailers TV, but this time he has let slip a few words about GTA V when speaking to NowGamer. In his opinion, he believes that Rockstar now has a four month release window to launch GTA 5 before the end of March 2013. 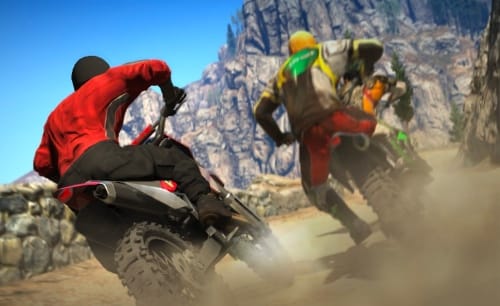 He added that a March launch is much more likely than a May launch, with the fiscal year ending on March 31st as a deadline for the game releasing. He also mentioned that Rockstar are unlikely to be phased with the release of Bioshock Infinite, which is on course for release at the end of February next year – another game which is overseen by Take-Two don’t forget.

With just a few months to go before Christmas, have you now ruled out all possibility of the game releasing before the end of the year? The Game Informer cover story has generated all new interest in the game, but what happens if the game comes out after Pachter’s prediction – is this simply too long for a game that has only had one trailer shown in 2011?

Either way, we hope that this is one prediction from Pachter that comes true, as we don’t mind waiting until March if Rockstar is still busy adding content to the game. Do you tend to believe launch predictions from gaming analysts or not?