By now anyone that can call himself or herself a fan of Grand Theft Auto 5 will know about the spring release date, which hasn’t been announced exactly but rather as a launch window for gamers. This had been expected for some time, which started after looking at Take-Two’s financial year and of course certain retailers moving their GTA V release date markers.

The image you can see below went live on Rockstar’s official website within the last 24 hours, and clearly explained that GTA V will release on the PS3 and Xbox 360 in Spring. The statement also made it clear this would be a “worldwide launch” for that time of the year, which the word “spring” has also been included on the GTA V landing page as well since this announcement. 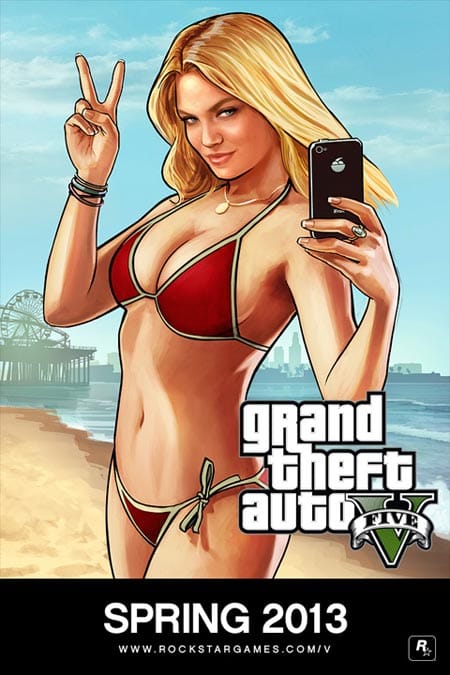 This news obviously made some gamers extremely enthusiastic and that meant a few console owners rubbing PC users faces in the lack of GTA V details for their platform, which is something Rockstar won’t stand for and they issued a message after the latest image had been revealed. Rockstar told these gamers and PC users to stop asking about the PC version of GTA V, which you can see the exact message below.

It is worth noting that most PC gamers knew that GTA 5 would land on the PC after the PS3 and Xbox 360, which is something to be expected with Rockstar, so this won’t be a big surprise for the more seasoned PC gamer. At the time of writing there has been no GTA 5 release window set for PC users, although you can expect it to land at some time in the future.

GTA 5 will be a worldwide release — Rockstar confirmed the next Grand Theft Auto will launch in spring worldwide, but this confused a number of gamers that have opposing seasons. The South Temperate Zone means spring runs from September to November, although in the North it runs from March to May. It is worth pointing out to these gamers that Rockstar North is developing GTA 5, and they are based in the UK, so you can expect the release date to be between March and May.

What month do you think GTA 5 will launch? Will it be March, April, or May in your opinion? You can read about the game receiving an award already in this article, and how some PC gamers feel about this news here.