You can find what GameStop stores are holding a midnight release for GTA V in a number of ways. First you can find the phone number of your local GameStop and give them a call, or you can use the store finder on GameStop’s midnight openings page. This details the launch events taking place up until Tuesday, November 18th. 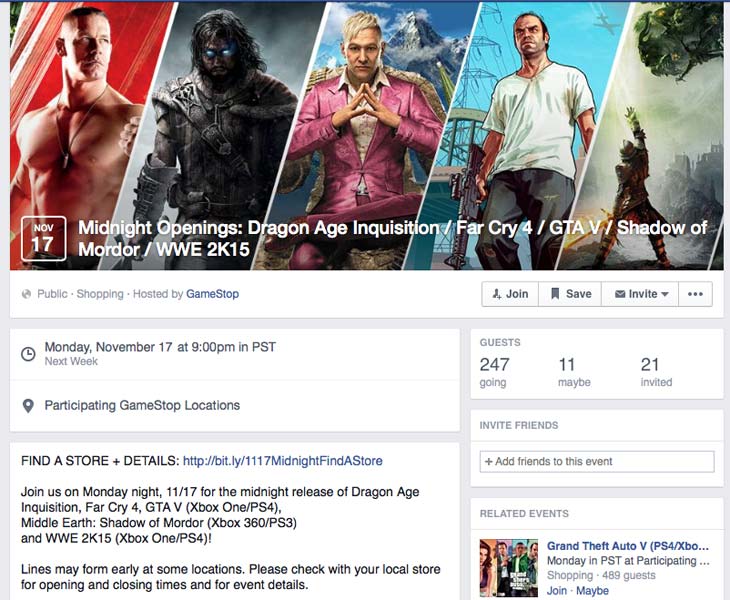 Another option is to head to Facebook and search “GTA V midnight launch”, which should reveal local stores open for the midnight release near to your location. This is made possible thanks to Facebook’s events feature, so in the UK that might be GAME stores and of course GameStop in the US.

The screenshot above is from GameStop’s event listed on Facebook, which details midnight openings for GTA V on PS4 and Xbox One. You can also see they include other games within their midnight launch tomorrow, and this involves WWE 2K15, Far Cry 4, and Dragon Age Inquisition as well.

Will you be going to a midnight launch for GTA V at GameStop and if so, how early are you planning on heading to store? GameStop has warned about lines taking place thanks to the amount of big named titles releasing on the same day.