Counting down to the highly anticipated GTA V PS4 release date, we have a real treat for you now. Some inspired fans have taken it upon themselves to offer a fantastic GTA V PS4 Vs PS3 graphics comparison with animations that will surely make you appreciate the work that Rockstar has done.

After all, this is no mere remaster in 1080p. GTA V on PS4 has been remade from the ground up and it is going to be a brand new adventure, with new content exclusive to next-gen rather than a lazy port.

To give you an idea of the changes on the graphical side of things, allow us to showcase a series of animations which have been created by the clever guys over at GTA Forums.

It allows you to take a look at certain scenes in the game, on both PS4 and PS3 to see the exact differences in detail that Rockstar has managed to achieve.

In the first example, we see the extra detail in lighting outside of the garage and also the various shadows below the characters inside – obviously on top of the clothes differences too.

In the next image, we see a much better example of the work that Rockstar has done. Remember that this is just a random scene in the game, but there’s extra detail all over the place with coke cans, newspapers and especially shadows underneath the plants which are not in the PS3 shot.

The third scene gives us a nice look at the realism that Rockstar has aimed for with the PS4 version, making Trevor look a lot more lifelike. The lighting glare may have disappeared on the PS4 shot, but the facial detail and the realistic hair make it a much better shot in our opinion.

Finally, we have a series of still images for you to take a look at as well showing further differences – PS3 below, PS4 at the very bottom. Again, this is a great shot which gives you an idea of the extra work that Rockstar are putting into the next-gen version. 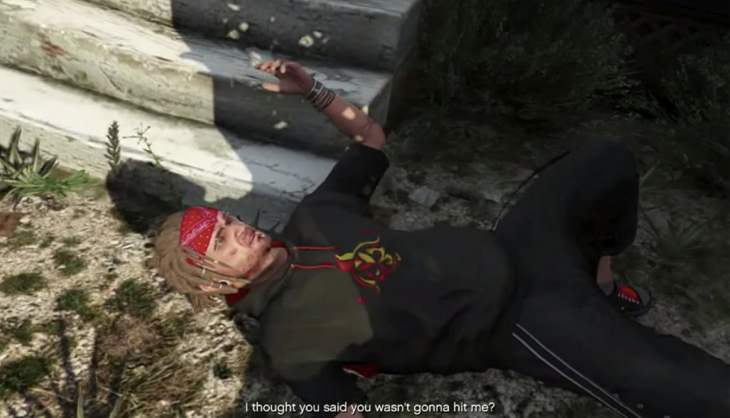 Who isn’t impressed by these images? Let us know what you think about them and if you have already pre-ordered the game ready for November 18 – don’t forget that you can preload too.