As expected, Rockstar has served up an almighty treat for Grand Theft Auto 5 fans, by releasing their three protagonist trailers for main characters Michael, Trevor and Franklin. They are pretty amazing as you may have guessed, with all three once again enticing that highly anticipated GTA V release date of September 17.

Rockstar had been building up to their trailer reveal for the game and we’re glad to see that they didn’t disappoint. Fans can now watch all three character trailers one by one separately over at Rocktar’s channel, or watch all three in succession with the combined video that we have provided above.

Each trailer provides a useful one minute+ introduction to the three characters in the game, with Rockstar using a different soundtrack for their three main stars – Radio Ga Ga by Queen for example, used for Michael’s trailer at the start. The new footage is the most important aspect of the trailer though and we get the sense that GTA V is going to not only feature the biggest GTA V map ever to explore, but also the most story-driven GTA game as well, in terms of dialogue. 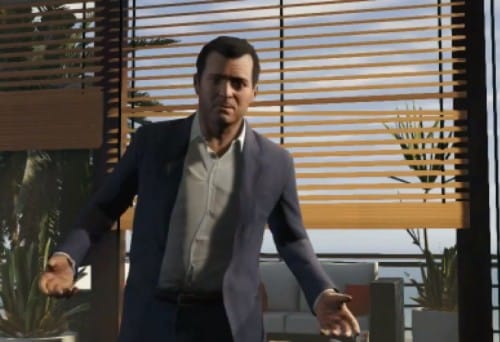 Three main characters is a very big deal let’s not forget, with players being able to choose and seamlessly switch between which protagonist they want to play as and follow throughout the game. The question is, which character will you be choosing? We have Trevor who is a violent drug addict with past ties to Michael, Michael himself who is a retired bank robber and Franklin who is a repo man who is trying to change his criminal ways.

The three trailers sets it up for one truly amazing game, but we wonder if there was a deeper purpose from Rockstar behind all of this. Imagine if we see another trailer released soon, which perhaps explores three antagonists, ie the bad guys that the characters will run into on their travels?

We would certainly like to know what kind of guys the likes of Trevor, Franklin and Michael will be up against, so we’ll have to wait and see what Rockstar are plotting next. Watch the trailer above and tell us which character you will be playing as when the game releases on September 17.