We are counting down the days to the GTA V release date on PS4 and Xbox One. It has been a long time waiting, but on November 18, that wait is finally over. We now switch our attention to the GTA V preload on Xbox One and PS4 as once again Microsoft has gone live early and we can share with you the GTA V file size needed on Xbox One.

It’s great that the next-gen consoles now have this feature, allowing users who live a hectic lifestyle the opportunity to prepare for the game in the best way.

The Grand Theft Auto V preload will allow those who have preordered, to download the game’s files well in advance meaning that they can start playing immediately after the clock strikes midnight on November 17. 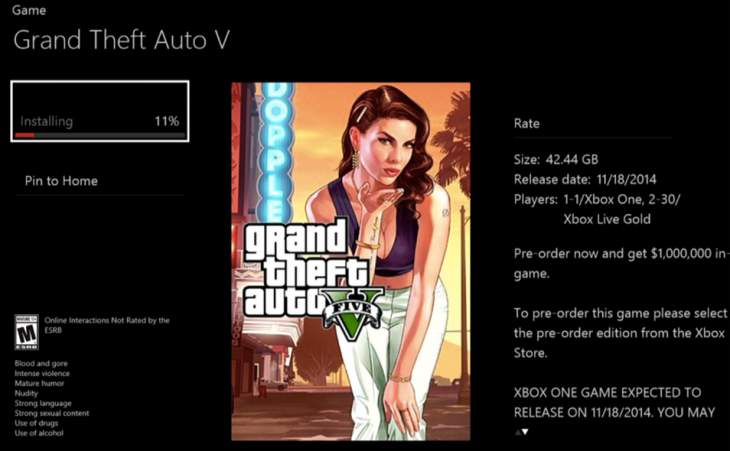 With a game as big as GTA V, a pre-load is essential and now we can see that it has gone live on Xbox One. A screenshot above confirms that the GTA V Xbox One install size is 42.44GB, which is around the size of most next-gen games on digital.

Unfortunately, we are still waiting for the GTA V preload on PS4 although rumors suggest that the GTA V PS4 install size is 50GB. Sony has since said that the GTA V PS4 preload start time should be on November 16, which is in line with their usual two day in advance schedule. 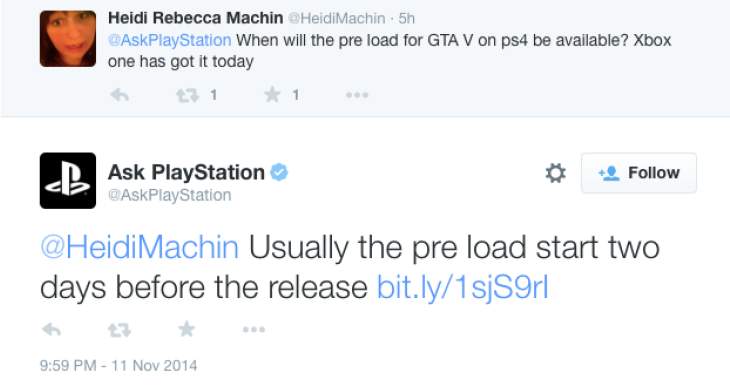 Two days is still plenty of time for most to download 40GB on a steady broadband connection, so it shouldn’t be an issue. Are you waiting to preload the game now on PS4, are you already pre-loading on Xbox One?