We were wondering when Rockstar were going to drop the next GTA V news update and now we’re pleased to say that we have some important details to share with you.

At last, a GTA Online Heists release date for PS4, PS3, Xbox One and Xbox 360 platforms has been confirmed by Rockstar. The content will be out on March 10 and that will definitely be the date after countless delays spanning over the course of a year since launch.

The bad news however is for PC gamers. Rockstar is delaying the launch of the game yet again and we can tell you that the new GTA V PC release date is now April 14.

That means by our count, GTA V on PC has been delayed four times in total by Rockstar since the first solid announcement. You may remember that originally, GTA V on PC was supposed to be coming before the end of the year, as a separate release when Rockstar were unable to launch alongside PS4 and Xbox One versions. 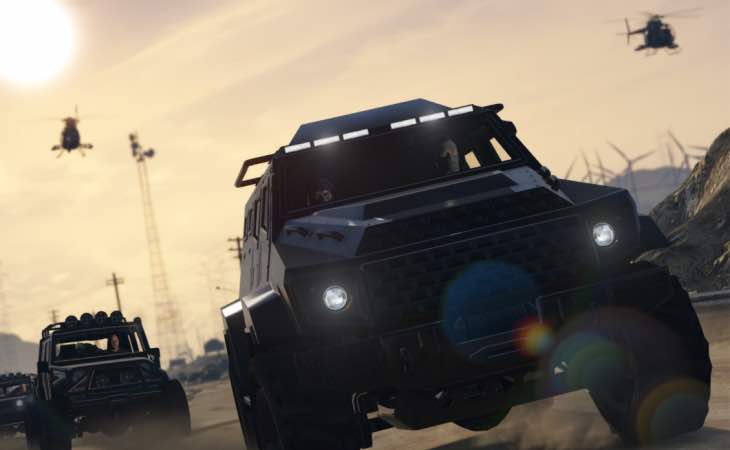 However, this never happened as Rockstar then said that the game would be out on January 27 instead – promised once again after having longer to work on the game.

Surprise surprise, Rockstar failed to hit the January 27 deadline and announced that the game would be coming to PC on March 24 with some platform exclusives such as ultra-hi definition support and access to the Rockstar Editor.

Now that you are up to speed, this week Rockstar has just dropped the latest delay on gamers. GTA V is now scheduled to launch on April 14 and to make up for this latest setback, Rockstar are offering another $200,000 in-game bonus cash on top of the other amounts that you’ll get for pre-ordering.

We all know that the game is going to be well worth the wait with mod support, but are you still sad about the latest delay after believing that March 24 would be the final date?

Luckily the new delay isn’t a lengthy one so give us your thoughts on how you are feeling right now. Is $200,000 a good sweetener for you overall?