Grand Theft Auto 5 is such a good game that it really should release on PC, PS4, Xbox One and PS Vita as well but a formal announcement is yet to arrive from Rockstar. The amount of gamers leaving GTA V behind for a next-gen console would be in the millions and these people alone should make a port worthwhile for Rockstar, although exactly how it’s done and timed with a PC launch is yet to be seen.

We haven’t been short of rumors about GTA V releasing on PS4, Xbox One and PC with leaked listings that seem solid and others that certainly reveal a Photoshop. We have also seen Amazon hinting towards an early 2014 release for GTA V on Xbox One and PS4, although these listings and Amazon customer service statements could be nothing more than date placeholders.

Previously, we touched on the desire for Red Dead Redemption 2 vs. GTA V on next-gen consoles and Product Reviews readers revealed mixed interest with the discussion falling back to the age old PC vs. console debate. Some gamers “need more Red Dead Redemption” in their life, while others feel PC gaming is problematic thanks to developer focus. Another reader added, “I love my gaming PC that was a top spec gaming rig when I purchased it, but the more I use the PC, the more I can see how game developers hurt performance of PCs compared to consoles thanks to their focus. Now I own a PS4, but I wish they would release GTA V on it”. 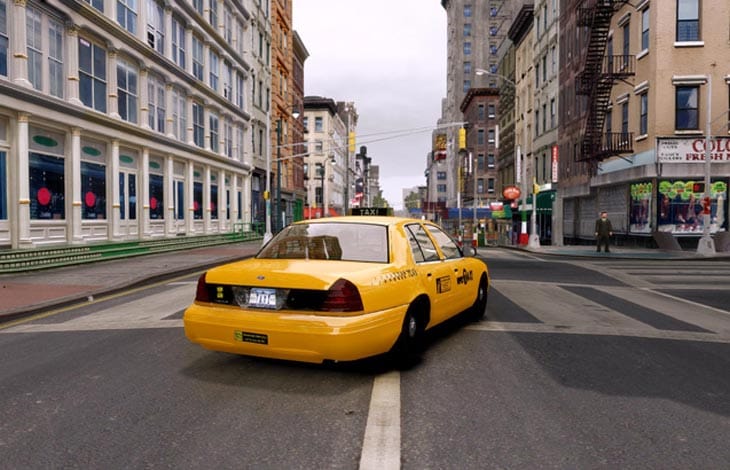 GTA V PC mods could show real difference – the GTA IV game on PS3 and Xbox 360 was impressive in terms of gameplay and open world, but after looking at graphics on PC using the same game with a graphics mod made some console owners drool.

You can see a screenshot of one such mod in the picture above, which reveals GTA IV using a graphics mod and certainly rivals the graphics seen on GTA V for PS3 and Xbox 360. Imagine what would be possible with GTA V on PC without a graphics mod, then think about PC hardware upgrades being used in 2 years with a graphics mod?

Bottom-line: For now GTA V on PS4 and Xbox One would be amazing in terms of improvements with graphics, although the gameplay and graphics really stepped up a few notches with GTA V on PS3 and Xbox 360 already. The fact that a lot of gamers sold their consoles to purchase an Xbox One or PS4 only adds to the need for GTA V on next-gen consoles, so expect a release at some point in the near future.

How do you think the possibilities for Grand Theft Auto V compare between PC, PS4 and Xbox One?