The debate on whether the recent GTA V leaked posters were real or not is still very much up in the air. What we didn’t go into detail on at the time though was the revelation that GTA 5 may only be coming to the Xbox 360 and PS3 at launch, meaning that PC users could be set to miss out once again.

To recap for those that haven’t seen the poster yet – take a another look here. These posters look like official promotional material for GTA 5 and despite the fact that they haven’t been confirmed by Rockstar yet, various gaming publications are already treating the posters as official information, leaked before Rockstar had the chance to.

The two key pieces of information are the fact that only Xbox 360 and PS3 are mentioned, but also the now-strong possibility that Grand Theft Auto 5 is going to be a Spring 2013 release as well, ruling out any slim chance that fans had of the game coming out before Christmas in 2012. 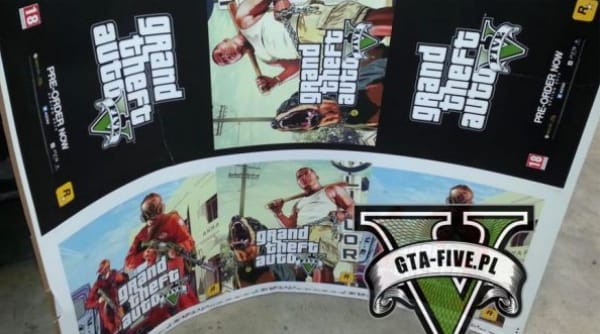 Back to the platform debate though, should PC owners be angry at Rockstar if the game doesn’t make it out on PC at launch? The Wii U has also been whispered as one of the reasons why the game is taking so long to come out, but based on the poster – there will be no Wii U simultaneous launch either.

We’ve seen on various message boards that a lot of you are upset about this, but let’s not forget that GTA IV only arrived on the PC more than half a year later than when it first arrived on PS3 and Xbox 360. Rockstar may have decided internally that Xbox 360 and PS3 should take priority once again and it could mean that PC owners will not get their hands on GTA V until the 2013 Christmas period, which obviously seems like a long time from now.

Only Rockstar can change the moods of millions of PC gamers right now, by making an official statement on the leaked posters and whether they are real or not. For the moment, everyone assumes they are and the game is launching on Xbox 360 and PS3 only. Has Rockstar, who can usually do no wrong, made a big mistake by once again alienating PC gamers? Let us know how you are feeling on the possibility of seeing another AAA game slip away from a launch title.