During the single player Grand Theft Auto V game you’ve no doubt seen a UFO or alien at some point, especially those of you that have played for many hours and followed the missions. When it ones GTA V’s Online mode it seems like a number of Xbox 360 users have been tweeting about UFO sightings, which they couldn’t explain thanks to not hacking the game themselves.

The exact reason why some Xbox 360 gamers, not PS3, are seeing GTA V UFOs in Online can be explained and we have embedded a video below doing just that. The Truth is thanks to a GTA V UFO mod reaching online players, it then infects all Xbox online players in that lobby/game and spreads to others when they interact with other infected players.

Have you seen UFOs in GTA V online and if so, we’re guessing you’re on an Xbox 360? Take a look at the video below explaining in more detail how the insane sightings started and why you might be seeing a UFO in GTA online. There’s a chance the GTA V 1.14 patch or next online update could fix these issues, although we’ll have to wait and see. 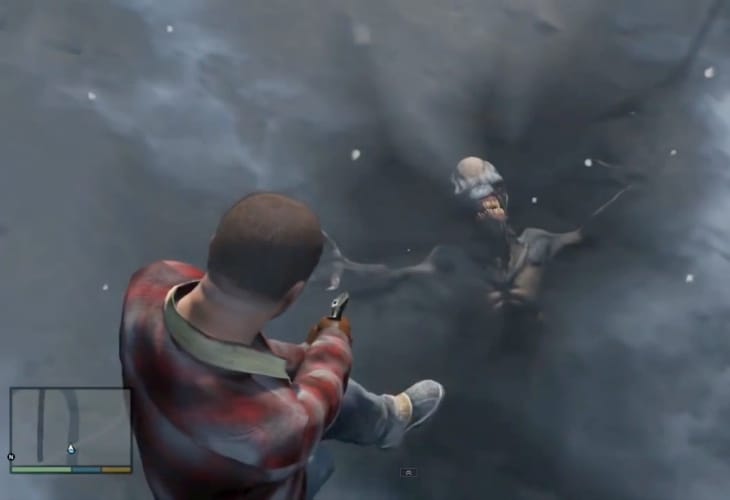 It is also worth noting that we found lots of evidence in GTA V for aliens and our readers have seen the strong UFO/alien story within the latest Grand Theft Auto game as well. This sets the stage for that part of the GTA V story to be expanded on with DLC in the near future.

Bottom-line: The UFO sightings in GTA Online are due to an infection mod hitting Xbox 360 owners.