We have some sad news to bring you now, as it looks like GTA V Online servers are down today once again. This time, it is not due to GTA V maintenance as we have noticed that the hacking group LizardSquad are again claiming responsibility with a DDoS attack.

It is obviously not the first time that they have targeted Rockstar’s game and now it looks like they have been successful again.

We are getting the message, “Rockstar Online game services are unavailable right now” constantly when trying to play GTA Online today. 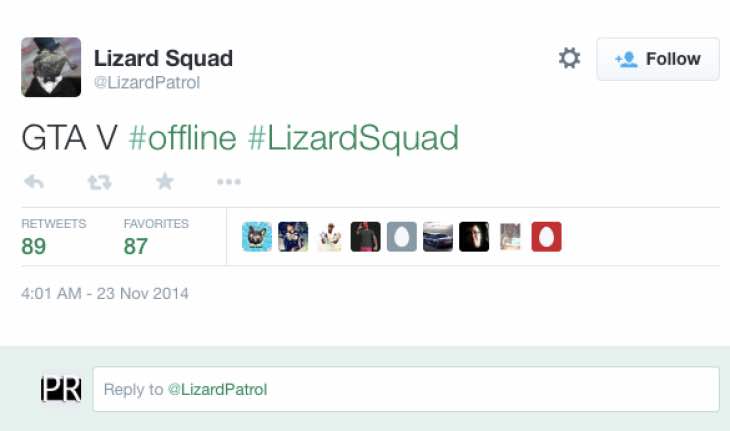 The reason for this is likely to be due to the message above. It’s a screenshot of what the LizardSquad posted just one hour ago, boasting about the fact that they had taken GTA Online servers down again.

GTA V servers are offline but even worse, we have since seen LizardSquad say ‘who’s next’ as well, meaning that other games could be next to be hit by a DDoS attack.

Let us know your GTA Online status at the moment. Can you connect to the game at the moment in your area, or is it down too? If it’s confirmed that LizardSquad are to blame, what do you say to them?