With just one week to go until the glorious arrival of GTA V on PS4 and Xbox One, Rockstar has now launched the official GTA V launch trailer for PS4 and Xbox One systems.

Unfortunately though, those of you hoping to finally see light at the end of the tunnel with regards to a GTA Online Heists release date will again be disappointed.

Rockstar has made no mention of the missing feature, and more importantly have not answered the key question on whether Heists is now attached to the next-gen console versions of the game or if it will still be released on previous-gen. 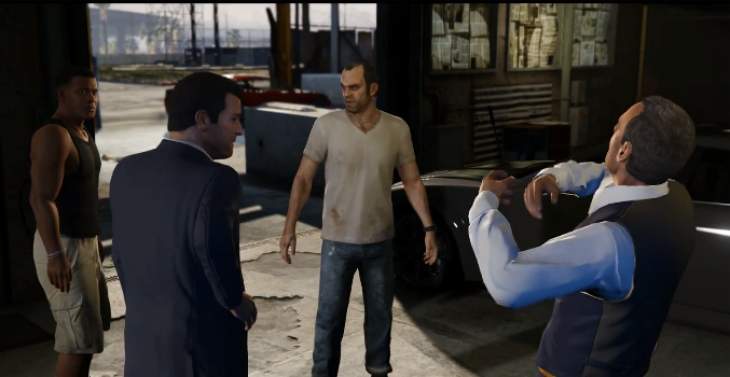 Remember that GTA V Heists were initially promised one year ago after the launch after the game, but so far Rockstar has managed to somehow get away with a lack of release by instead offering countless pieces of DLC for free – still very generous it has to be said though.

While it’s clear that Heists is still in development, we would thought at the very least that Rockstar would drop some new information on the missing content considering we are just days away from launch.

Does it really help knowing that this is the piece of the information that all buyers want to know about first, but Rockstar continues to say nothing on the matter?

Heists has almost become a laughable matter on social media these days and it may end up something of an anti-climax once it finally does arrive.

Check out the launch trailer, which is amazing by the way and let us know where you stand on Heists at the moment. Are you still bothered by this piece of content or not?