We are almost ready for the GTA V Online Halloween DLC update release time for UK and US gamers. Rockstar has yet to fully announce details of the update, but we are expecting it to drop at the end of the week since contents of the update were already revealed to be within the recent Lowriders update.

To recap, two new Halloween cars that will be coming are the Lurcher and the Franken Stange – you can see early gameplay of both here.

On top of that, Rockstar will also be adding a Flashlight into the game for Halloween, which we hear players will be able to kill people with when getting in close.

As a result of Rockstar’s silence, we don’t know yet when the GTA V Online Halloween update is out but given that Halloween lands on Saturday October 31 this week – an update on Thursday or Friday is a safe bet. 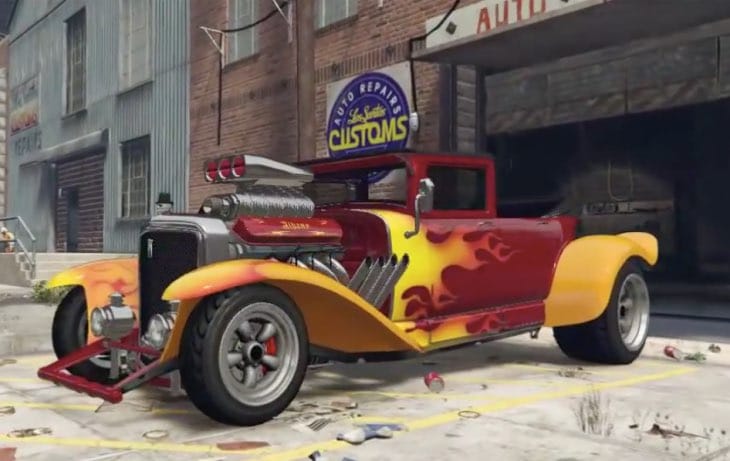 Rockstar never launches content updates on the weekend and they have in the past decided to release updates on a Thursday so we have a feeling that will be a safe bet.

As far as we’re aware, we have not seen a GTA Online update on a Friday either, so you may want to bear that in mind – Tuesday seems too early since Rockstar has not announced it yet on the Newswire.

Stay tuned to this article here and we will update with details once we are closer to knowing the GTA Online Halloween DLC release time in your area.

When do you think it will go live?