We know that Rockstar is about to drop a nice new GTA Online update with the Lowrider DLC for GTA V, but we can also tell you that it looks like there is definitely going to be a GTA V Halloween 2015 DLC update for GTA Online as well.

We know this as files have already leaked showing some of the planned GTA V Halloween content that is on the way for the end of October.

Assuming that the information from leaker Yan2295 is correct, Rockstar will be adding 10 new GTA Online Halloween masks, 2 new vehicles and 3 new weapons. 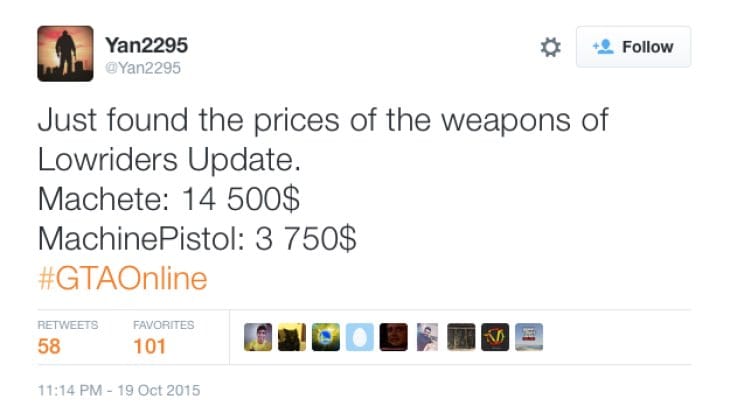 According to the leaker, the Halloween DLC for GTA Online will be included in the Lowrider update on October 20. However it will be locked away first and then activated by Rockstar closer to Halloween – similarly in a way in which Snow is turned on and off with a tunable.

Without further ado, the new vehicles are thought to be BType2 and Lurcher, while the two new weapons are going to be a Machine Pistol as well as a Machete – the latter of which should serve as a brutal Halloween treat.

While the Machete is exciting, here’s another juicy piece of information: Rockstar looks to be adding a Flashlight to the game during Halloween and you will be able to kill people with it. 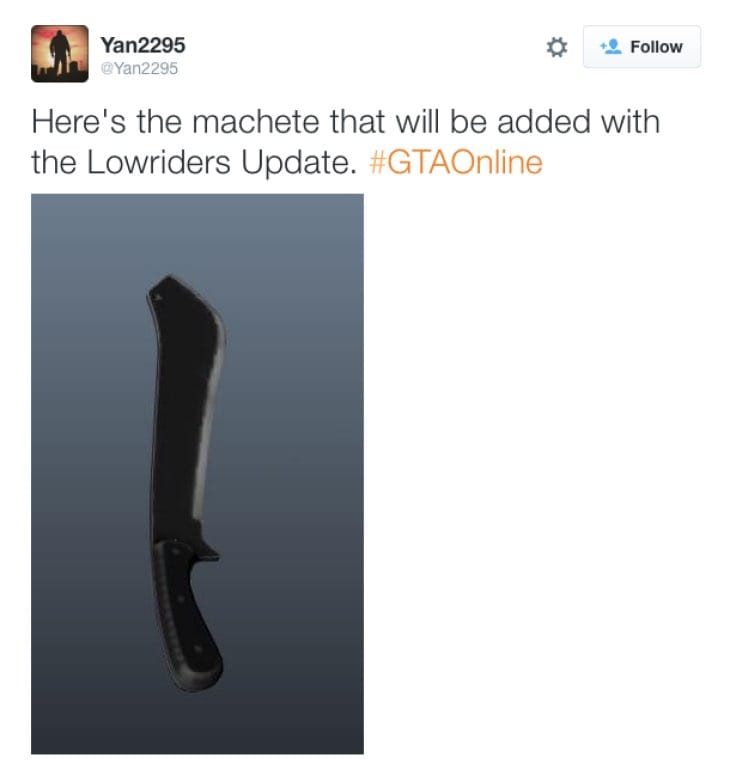 Yan2295 also adds that the price of the Machete and the Flashlight in GTA Online will be $14,500 each – no word on how much the new Halloween cars in GTA V will cost yet.

Head to the Twitter link above to find out more, but we’ll be writing about those cars specifically later so stay tuned for that.

Are you excited about this year’s Halloween update – how many of you still play GTA Online actively, every day?