Are you having problems figuring out how to transfer characters to GTA V Online on PS4 and Xbox One? Rockstar has just launched the game on next-gen and this is going to be the first task that many of you run into when starting up the game.

It’s also going to be the moment when your nightmares are realized after finding out that you need a Rockstar Social Club account to transfer your character to GTA Online in PS4 and Xbox One, from PS3 or Xbox 360 copies.

Fortunately, this is a simple process and you have to head on over to the Rockstar Social Club Sign Up website which is located here. From there, you just need to create your credentials and then most importantly link the social club to your PSN or Gamertag on Xbox. 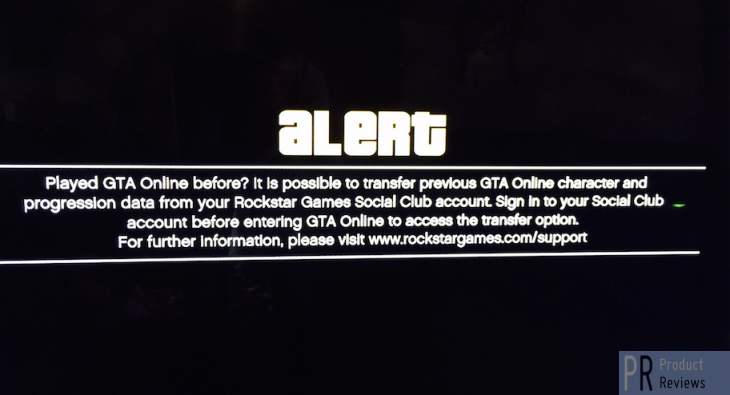 This is the crucial step that will allow Rockstar to identify your account when you are in-game. When this is completed you should be able to complete the transfer without any problems.

However, despite that we are still getting reports in from gamers who tell us that their GTA V Online player transfer to PS4 or Xbox One is not working still.

Some of the problems specifically include an error message that pops up on the screen saying:

As far as we’re aware though, Rockstar is actively working on solving any issues that are happening regarding player transfers on launch day.

What is your situation at the moment? Did you manage to transfer you character in GTA Online to PS4 and Xbox One without any issues whatsoever?

Let us know if you have had any trouble with getting it to work and we’ll try to help.