There needs to be more Grand Theft Auto V animals making their way into the Online mode with DLC after the 1.14 update, this is the message being shared by many in popular gaming forums and social channels. There’s a desire to see GTA V Online include animal DLC with current and new wildlife not seen in the offline mode, which would need to be after the 1.14 patch.

It is likely the GTA V 1.14 update will have a release date within the next couple of weeks and bring with it Heists. Rockstar previously gave us weeks of insight for future DLC and online improvements, so after Heists it’s hoped we’ll see what future DLC will be coming in July, August, and September.

There’s a good chance Rockstar will offer an insightful blog post revealing the roadmap for downloadable content after doing this before, and the gamer welcomed a clear roadmap with what to expect in the coming weeks. The next insight will likely also include some story DLC, especially after recent leaks pointing to such an update and of course this is a clear expectation by fans.

GTA V Online animals desired – going hunting with friends would be cool in GTA Online, although it might work better in private multiplayer games thanks to younger players acting crazy with tanks. One Product Reviews reader couldn’t understand why they don’t include animals in GTA Online since they have the hunting system already in place, although there’s a good chance it could be difficult to add animal functionality into GTA V’s Online environment.

We’d expect almost anything is possible with Rockstar developers, so bringing animals to online might be about how much time it would take compared to adding other add-ons desired by fans. Personally, we’d love the GTA V 1.15 update to include animals DLC but would you really want this above something else? Would you want to see animals and hunting added to GTA Online after patch 1.14/Heists? 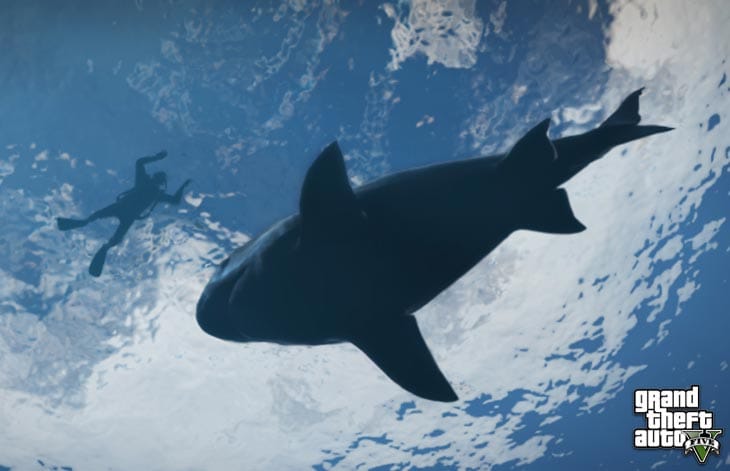 Fishing for sharks in GTA Online with customizable fishing boats – another great recommendation by the fans would be fishing after the GTA V 1.15 or 1.16 patch and Online update, which could see you in multiplayer with friends at sea. One fan was backed by many others after showing an interest in “fishing with my family in the GTA Online mode”, although this idea could be taken further by adding in “customizable fishing boats/yachts”. Imagine showing off your latest pimped up boat when fishing with friends.

Leave a comment below letting us know what you’d like to see after Heists, especially if you love the idea of animals, fishing, and more customization online.