It’s fair to say that the wait for GTA V, compared to all other games in the Grand Theft Auto franchise has been an excruciating one. Rockstar has given next to no details on the game since the November trailer last year and there are whispers emerging that the developer could be considering bringing the game to other platforms.

Let’s not forget, that Rockstar has not even announced what platforms the game is coming to officially. The PS3 and Xbox 360 are certainties at launch, but even then there are still some skeptics who believe that the game may only come out when next-gen consoles arrive.

A PC version is also highly likely, as the ability to create mods in that platform just drives sales up even further for Rockstar, so the only question that PC users should be asking is when GTA V will come out – alongside console versions, or slightly after?

Where does the Wii U stand in all of the platform debate though? The new console is now starting to attract attention once again after a second showing at E3 2012, especially since we have already seen evidence of Nintendo’s pulling power by convincing Sega and Platinum Games to bring Bayonetta 2 to the Wii U as a platform exclusive. 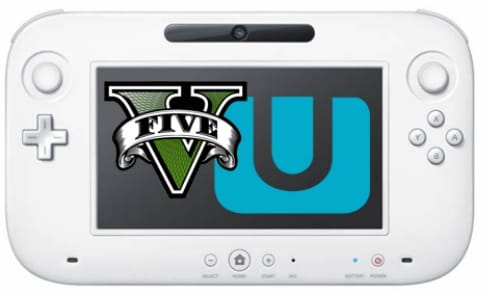 Many gamers believe that GTA V won’t be coming to the Wii U, but look what happened with Black Ops 2. Not only is the latest Call of Duty game arriving on the Wii U in its complete entirety, ie no content cut like the Wii, but the Wii U version is also going to have enhanced functionality thanks to the touchscreen controller as well.

Rockstar may take the same view and announce GTA 5 for the Wii U, with exclusive minigames that are playable using the touchscreen controller. Imagine playing on the TV and then triggering a rampage mission that can only be completed using the Wii U GamePad – it could end up being Nintendo’s secret weapon and the sole reason why Rockstar are stalling so long with announcing platforms.

After going hands on with New Super Mario Bros for the Wii U at the Eurogamer Expo this week, it’s clear to see that the GamePad has a lot of potential waiting for developers to unlock. What are your thoughts on Rockstar’s continued stalling for the game? Do you agree that they could be planning to surprise everyone by announcing a version for the Wii U?