While the world waits for some juicy information regarding a final release date for GTA V, some interesting details have now emerged regarding the current development status on Rockstar’s upcoming game.

You would have thought that Rockstar would be having complete control of the game and oversee its development 100%, but fresh rumors this week are suggesting that Rockstar may be getting some help in certain gameplay aspects from 2K Czech – the developers of the popular Mafia franchise.

It obviously hasn’t been confirmed by either 2K Czech or Rockstar yet, but sources have told VG247 that 2K Czech may have been assigned to the game to help out with producing animations which will be used in cut scenes and other moments in the game. Those of you who have played Mafia II will know that it is not a bad looking game at all, and actually a game which is definitely in the mold of a GTA-style game.

Having two heads is always better than one in our opinion, so we think this is a great move for Grand Theft Auto V if this turns out to be be correct. We’ve added a screenshot from Mafia II below to let you see the similarities between 2K Czech and Rockstar. We should also tell you that the source adds that Rockstar may be helping 2K Czech out in return by helping to work on Mafia III – so it’s a win win for everyone. 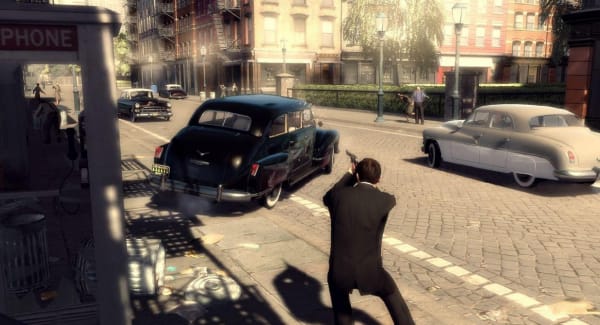 Unfortunately, Rockstar appears to be keeping fans waiting until announcing the next piece of information on the game. We’re guessing that this will come at E3 2012, but the next time we see the game – it has to be some gameplay finally. Let us know your thoughts on 2K Czech possibly contributing to GTA V – do you welcome this or not?