The latest Grand Theft Auto V update has been titled The Last Team Standing within the online mode and comes with some notable additions. In terms of weapons, the GTA V 1.17 LTS update delivers a new Heavy Shotgun and Marksman Rifle, so we wanted to feature some gameplay looking at the upgrades and these guns in action.

You only need to visit Ammu-nation to expand your collection of weapons with the Marksman Rifle and Heavy Shotgun. The latter weapon upgrades can be seen within the screenshot below, which showcases some really good stopping power for close quarter encounters.

The prices for extended clips, a grip, flashlight, suppressor, and tints are seen within the image below. 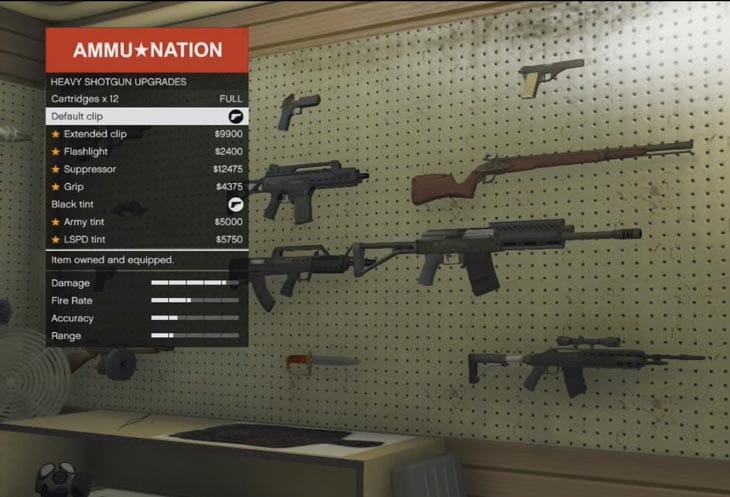 Those of you wanting a new gun to drop targets from a distance after the GTA V LTS update might love a new Marksman Rifle. Again, the upgrades can be seen in another screenshot featured below.

Some people will feel these guns are both mediocre and we’ve already seen gamers complaining about a lower rate of fire seen with the Heavy Shotgun. Some players don’t like less ammo than the assault shotgun, although there’s plenty of players that disagree and like the weapon diversity.

The Marksman Rifle will be perfect for when you are too close to snipe and too far from your target to use an SMG. Take a look at the gameplay below, and then let us know what you think about the Heavy Shotgun and Marksman Rifle upgrades?