If you believe that it is only Rockstar and those behind Grand Theft Auto 5 that are in the know, you couldn’t be more misinformed, which has been revealed directly on Twitter after one magazine editor pointed out he’s on lockdown when it comes to revealing news about the upcoming game and its release date, or in fact any GTA V details.

Nearly two days ago we posted some details about an executive editor at a popular gaming magazine tweeting hints towards an upcoming cover, which would obviously feature GTA V and more news about the game. This is something most gamers are desperate for and also Rockstar promised further news within a few weeks of the recent screenshots, so this cover could be part of that GTA V reveal.

Within the last 24 hours the editor in question, Andrew Reiner, returned to Twitter after being privileged with information from the GTA V demo and of course exclusive details we’d all love to know. Eager gamers grilled him for details and any news relating to the next Grand Theft Auto game, but he stayed quiet thanks to an obvious NDA. Reiner broke silence to point out some fake claims online in regard to the GTA V release date being revealed in the December magazine, which appeared in the official newswire comments as seen in the image below.

It is worth pointing out that it seems that Reiner wasn’t even at the GTA V demo, as when one Twitter user said “you wasn’t even there“, he replied “correct” and continued by explaining he had been in Minnesota at the time, but is obviously privileged to the information from work colleagues. Other users asked if he can reveal any news about GTA V or will it all be held back until the magazine cover, which Reiner replied “I’m on lockdown“. He also noted that he hopes to say something in the near future, but this seems to be out of his hands currently. You can see that tweet below. 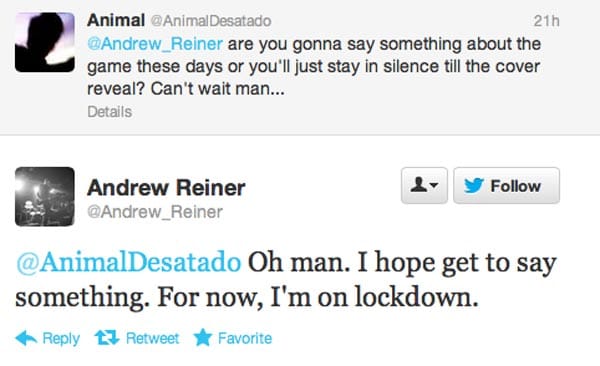 Will you purchase Game Informer for the GTA 5 news exclusive? The good news is that we’re sure to get some solid details soon, although we can’t help but be a little jealous that others know so much more than we do about the game, although it will be well worth waiting for when GTA 5 finally sees a release date early next year. How excited are you right now?