It has been an amazing week for Grand Theft Auto V and one that brought some solid visual news, which now leaves gamers dissecting the bombardment of screenshots. Right at the start of this week Rockstar posted the first GTA V visuals, and these showed the transport side of the next GTA and what we should expect to do when not using our legs, which included transport in the air and on the ground.

These initial GTA V screens were followed up with a three more showing the leisure side of the game, and this included a taste of the sports you should expect. At this point a number of fans started to see a pattern and noticed the quickly filling up screenshots page on the official website, which also had blank spots for more images to come. It had become obvious that Rockstar noticed some excitement wearing off with fans and this significant push in the marketing of GTA V secured renewed interest in the game again, which saw gamers trying to work out the faces within these pictures and a few noticed the person in the biplane looked very similar to another seen in the original trailer.

Some GTA V fans don’t want trailer 2 and instead ask for the game — considering the amount of screenshots spread out over this week, and also a promise from Rockstar that something more will arrive within the next couple of weeks, it looks like the full page of photos is enough in our opinion. If more is to come in the next couple of weeks, then we expect it to be another GTA V trailer. This hasn’t stopped numerous fans voicing their lack of interest in more visuals, and these people instead state, “we don’t need another trailer, we need the game“, and would rather see at least a release date rather than trailer 2. 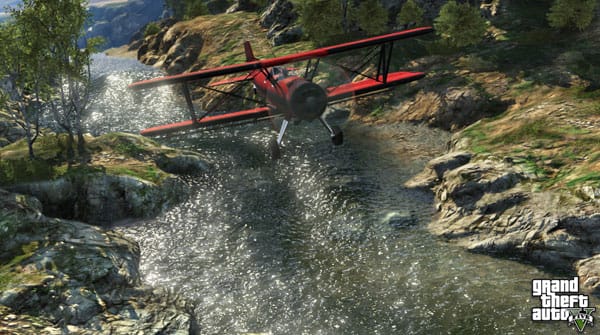 Predictions for GTA 5 trailer 2 and the release date — you only need to look at some popular GTA forums and you’ll see increased chatter surrounding the release date for GTA 5, and this is obviously thanks to the new material published by Rockstar. Surprisingly the majority of fans in these forums are predicting a launch date in 2012, and not next year as we earlier expected. While a few predictions point to next week, it is September that’s attracting the majority of guesses and we personally find this hard to believe considering retailers would have posted a release date by now rather than rough placeholders. When do you expect GTA 5 to see a launch, and do you still hope for a release this year?

What would you like to see from GTA 5 trailer 2 and what would you do first when getting hands-on with the game? The next trailer will very likely show us some gameplay of the situations you see in the screenshots published this week, and there’s something about Los Santos and San Andreas that fills us with excitement. Rockstar has so much potential with this area and that’s thanks to the mountains, parks, beaches, and excellent urban environments. One of the first things we’ll be doing once GTA 5 releases is exploring the beautiful surroundings and countryside, which could make for the perfect setting in trailer 2. 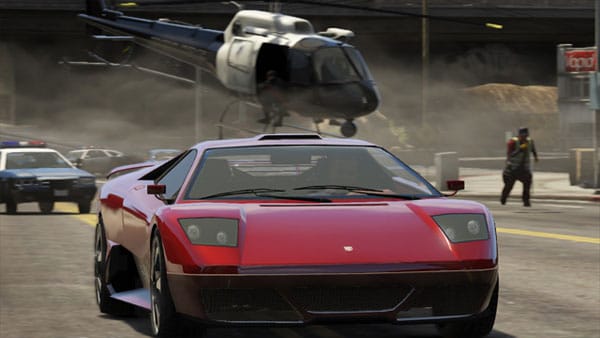 The latest screenshots arrived one day and 18 hours ago, some of these can be seen on this page, and these visuals were titled “business“. As you can see they feature a lot of police involvement and show that there’s still a lot of fun to be had with police chases. We still play GTA IV and enjoy some mindless time trying to stay alive when an increased amount of police are hunting us down, and you’ll find yourself in a room with a stack of bodies outside and sharpshooters trying to kill you each time you look around the door. This can be quite disturbing for people to watch if they haven’t seen a Grand Theft Auto game before, and shocked comments from visitors continues to happen when we play.