GTA V players will be getting their teeth stuck into the recently released Progen GP1 as part of the Special Vehicle Circuit update that Rockstar brought into GTA Online a few days ago.

Did you know though that there are three other new cars that are coming soon, which were included inside the game data along with the last update?

Rockstar only made the Progen GP1 publicly available, but we hear that the next release is going to be the Hijak Ruston. 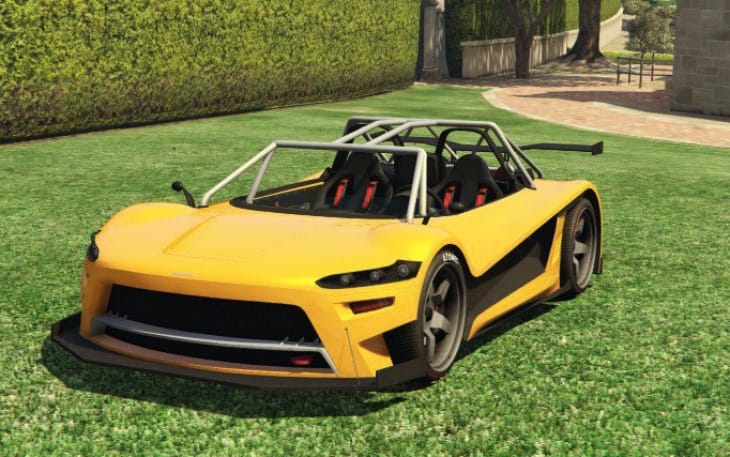 The exciting rumors is that the release date is going to be this week, very soon in fact on Tuesday March 21st.

If true, then you should expect to find this car on sale at Legendary Motorsports in the early afternoon, European time as that is when Rockstar deliver their content updates.

The exact GTA V Hijak Ruston price in GTA Online hasn’t been confirmed yet, but reports suggest it will be between $400,000 and $430,000 so expect to pay no more than this amount for this 2-door lightweight sports car.

Are you excited about picking this up? Check back soon when we’ll have details of the next car arriving after the Ruston – you won’t want to miss it either!