Frequent GTA V hacker ‘NillxModz’ has released some information about the upcoming release of Heists, confirming that the missing content will definitely be included in the upcoming GTA V Holiday DLC.

This update is going to be GTA V 1.05 on PS4 and Xbox One as we told you, while previous-gen players will receive the GTA V 1.19 update on PS3 and Xbox 360 as we have also been keeping you informed on. 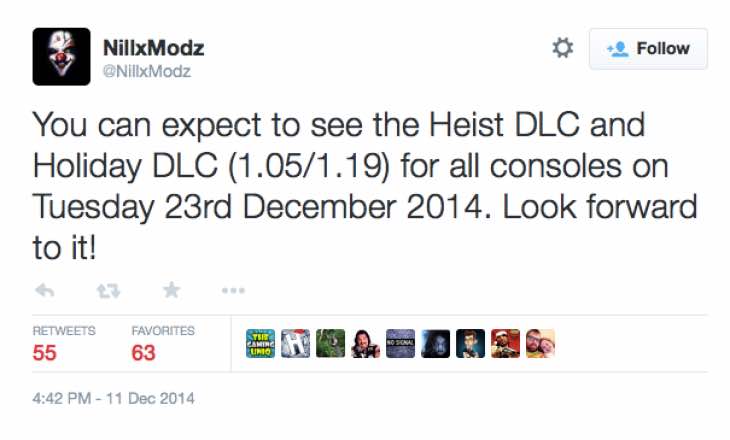 Now, let’s get down to get juicy details. Information posted on the Se7enSins forums by NilxModz suggests that the GTA V Online Heists release date will be on Tuesday December 23.

Additionally, we’ve also found the alleged GTA Online Heists release time for UK and US too over on the Twitter account of NillxModz. Assuming the information is legitimate, PS4 and PS3 owners will get Heists at 5am Eastern Time in the US.

This translates to 2am Pacific Time and 10am for those in the UK. Now, the supposed GTA V Heists release time on Xbox One and Xbox 360 is different, with the information suggesting that the release will happen at 10.30am Eastern Time. 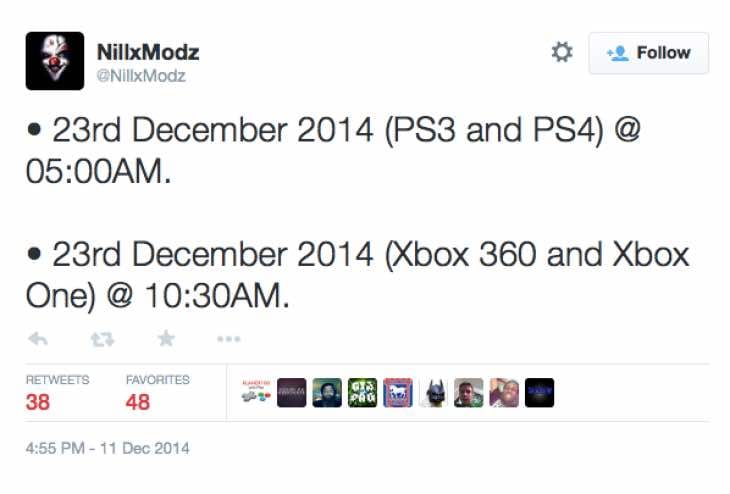 This means Heists could be out on Xbox at 7.30am Pacific Time and 3.30pm in the UK. Assuming this information turns out to be true, it means that PS4 and PS3 gamers could get a six hour head-start on the new content.

Now, some points to take into account. Remember that this is still not confirmed by Rockstar so the details and more importantly, the times may vary.

Also, this information has now been sent to the GTA Forums, while this leaked information could also have something to do with the fact that Take-Two has taken action against the now terminated DomisLive YouTube channel – a community member who regularly shares information on source code leaks along with others.

Either way, it’s exciting to hear that we should be getting Heists in time for Christmas on all platforms. Let us know your thoughts on all of this and if you think the information could be true.