If you were looking for a potential reason on why Rockstar has taken more than a year to release GTA V Heists, one explanation has just turned up in the most unlikely way.

Rockstar may have a big announcement to make in the coming days, but the reveal may have been spoiled prematurely. It turns out that a GTA: San Andreas HD remake may be on the way to PS3 and Xbox 360 and it could be a reason why Rockstar has been ‘busy’ as of late.

By busy, we mean not releasing a single-piece of story mode DLC for GTA V and instead focusing on smaller DLC drops for multiplayer – although to Rockstar’s credit, have all arrived at no extra charge. 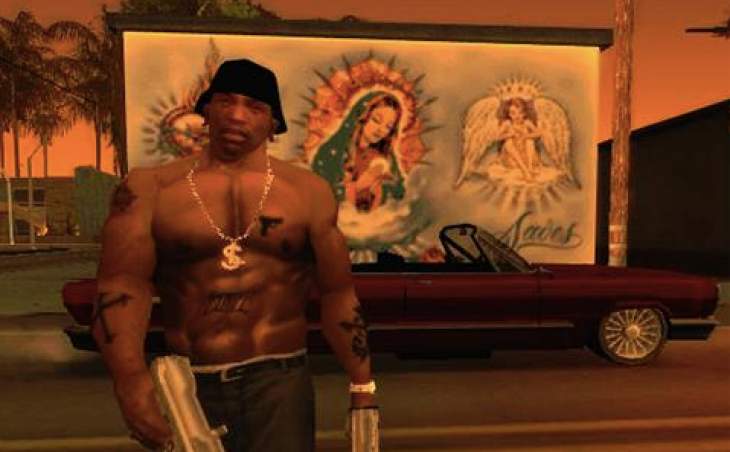 Heists is what the gamers really want though and it is becoming an anxious community as we move closer to the November release for GTA V on PS4 and Xbox One.

Is Heists going to really end up on PS4 and Xbox One as a last-minute pre-order incentive and will then arrive on PS3 and Xbox 360 at last? Nobody could really stop Rockstar from doing such a move as business is business at the end of the day.

Spending a lot of time on a HD remake of one of the best GTA games ever, in San Andreas, could be a good explanation on why we haven’t seen Heists yet though – or any story DLC for that matter.

It’s strange given that we had the two main expansions for GTA IV with The Lost and Damned, then The Ballad of Gay Tony – but not a single thing for GTA V one year on from launch.

What is your reaction to the rumors of GTA San Andreas coming? The leaked achievements list here suggests that it’s already a done deal so Rockstar could announce the news this week.

Do you think this is why we haven’t seen Heists?