When we saw the last set of screenshots for Grand Theft Auto 5 it had been made clear by Rockstar that the police involvement would be improved, and could feature heavily in the GTA V story. Seeing the police car chase screenshots made us remember about a few of the different ways cops might integrate with GTA V, and we also wonder how this might be redefined in the upcoming game?

Going the extra mile with police in GTA V — you can clearly see in the photo below that the developers are trying their best to make police cars authentic, which the photo below shows a real police car next to one from the GTA V trailer. This is just a taste of what Rockstar is doing and the last screens show Rockstar mean “Business” when it comes to police integration, but how far will they go to include cops in the overall theme?

One idea we heard a while ago had involved the lead GTA V character being an FBI agent, or better known in the Grand Theft Auto universe as FIB, and this rumor started thanks to the man in the trailer talking about a previous “line of work“. You can read here how one blog dissected this statement and came to a conclusion of being an undercover cop, although this type of police integration into GTA V really moves away from the dodgy characters in the series so far. 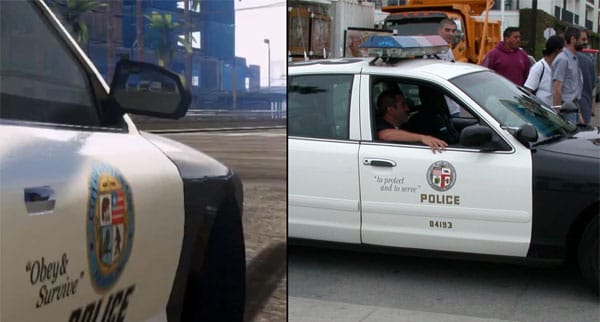 Would you really want to be an undercover cop in GTA 5? It does seem strange that the FBI, sorry FIB, would go undercover considering they normally come into a scene very visible and control local police, unless Rockstar is planning other police involvement and a twist with the GTA 5 story? We’d love to hear our readers thoughts on this angle, and if you would want it?

Getting the balance right with police and what we love about GTA 5 — Rockstar will need to get it right with the gamer, and what is loved about the franchise. The gritty, funny, and dodgy characters we’ve seen in the past made the game for us. Making too big a change could upset a few people, also how real would you want the police to take their duties in GTA 5? Being pulled over for riding a motorcycle without a helmet might be a stretch too far, or would it? Let us know your thoughts and ideas for police and the next GTA. 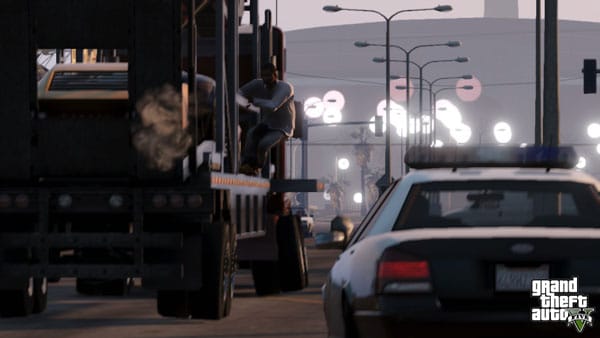 How would you like Rockstar to involve the police in Grand Theft Auto 5? Can you think of any twists that would make the game more interesting, and also new features that involve the police? It is clear that Rockstar want to make the police as authentic as possible, which can be seen in the above photo. One thing is almost certain and that is Grand Theft Auto 5 will see a release date this generation of console, and not on the next-gen like some people believe.