The PS3 and Xbox 360 hardware hasn’t been upgraded majorly over the last 6-7 years, so we wondered how much better Grand Theft Auto V would be in terms of graphics and gameplay considering this fact. After just finishing playing the GTA V first mission for just under an hour we can confirm the gameplay is mind-blowing.

Not only has Rockstar improved the GTA V graphics in leaps and bounds, but the abilities during gameplay are on another level as well. You can easily see the attention to detail within the first few minutes of playing and why it has taken so long to develop the new Grand Theft Auto game.

On this page we will feature some screenshots we took during the GTA V first mission gameplay, so if you don’t want any spoilers then you should click away now. Otherwise these pictures will deliver our first impression, give you a glimpse at the new controls and of how much better the game is in terms of graphics.

New stealth abilities in GTA V — you will find many new abilities in Grand Theft Auto V and these include Stealth Skill. If you practice by sneaking around and performing stealth takedowns, then this will improve your speed of movement and in-turn reduce the noise you are making when sneaking about.

Just like many games this year, you will be able to link your Facebook account in the Settings section of the pause Menu. This is something some gamers would want to do right away, although some of you wouldn’t want anything shared on Facebook.

GTA V Map from our box – this is the new GTA map that we found inside our games box. It reveals a number of locations and just how big the new map is although during gameplay you have to explore to see the map. The map inside the games box is double-sided, so we have included the other side in the picture below. 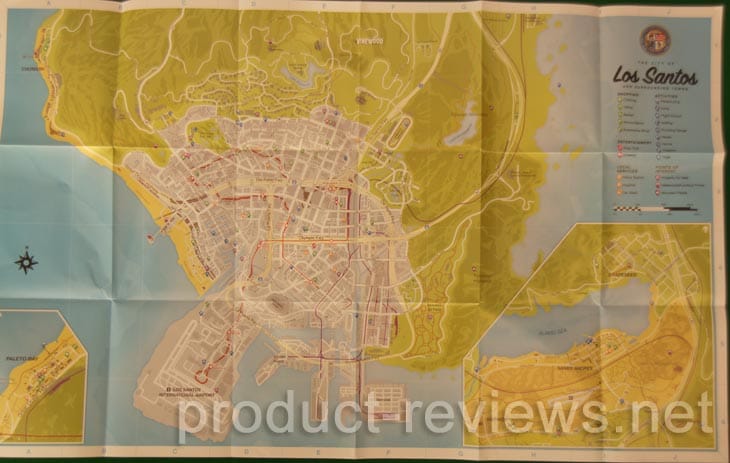 The image below is just a quick screenshot of the game installing on PS3. As you can see, the install size for GTA V on PS3 is 8486 MB and takes a little while. The loading time also takes a while when first booting up the game, but after the initial load you gain access to the massive open-world with practically no slowdown. 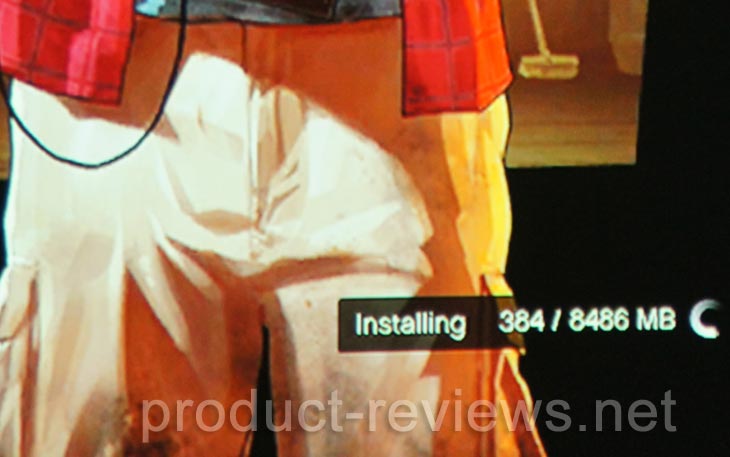 These are people that normally like campaign modes, so the story was hard hitting from the start and they got pulled in while being amazed by the open world and its size within the first 30 minutes of playing. The screens below are taken from the first moments in the game when you start out by robbing a bank. 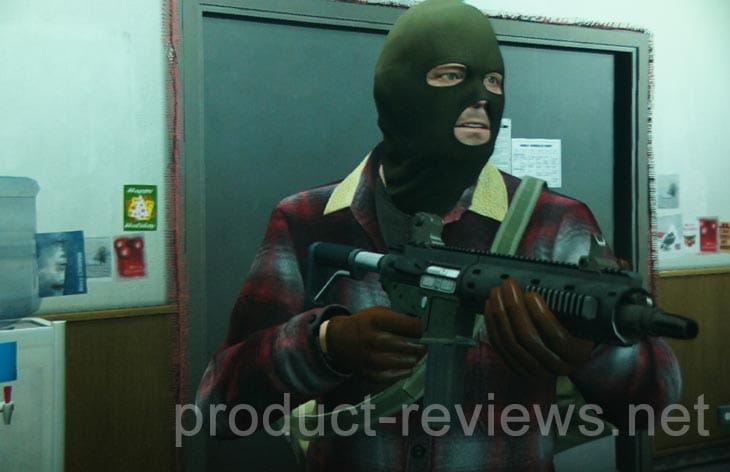 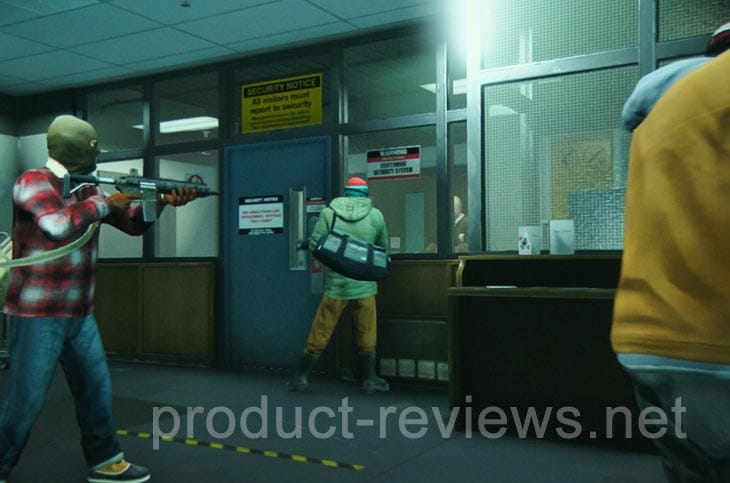 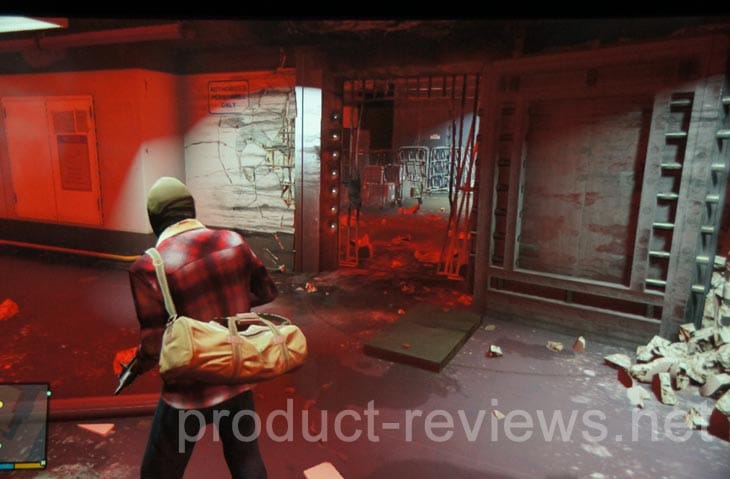 GTA V character switch – you can see a couple of screenshots below that we took when you needed to switch between characters in the first 15 minutes of gameplay during the first mission. This is when you are being held hostage and need to change to another character, which then shoots the man holding a gun to your head. 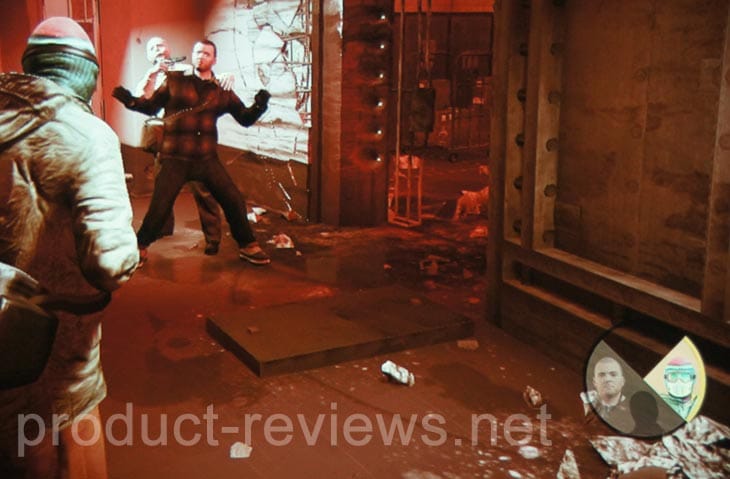 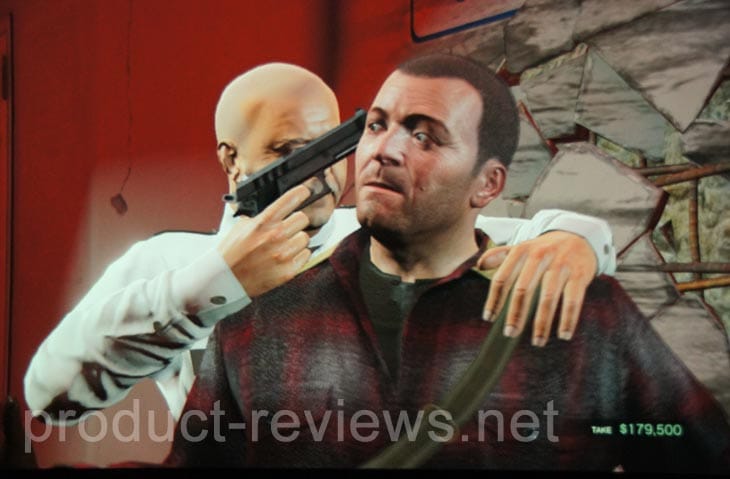 The next few GTA V screenshots were taken during more of the first mission gameplay and also include a screen of the changing weapons menu. it is worth noting that when you stand in snow or climb a hill you really notice the difference, and walking in water feels very different along with water getting your legs wet only to the point you entered the water. The attention to detail is revealed everywhere when playing and Rockstar Games has really gone the extra mile with making everything look good and as realistic as possible. 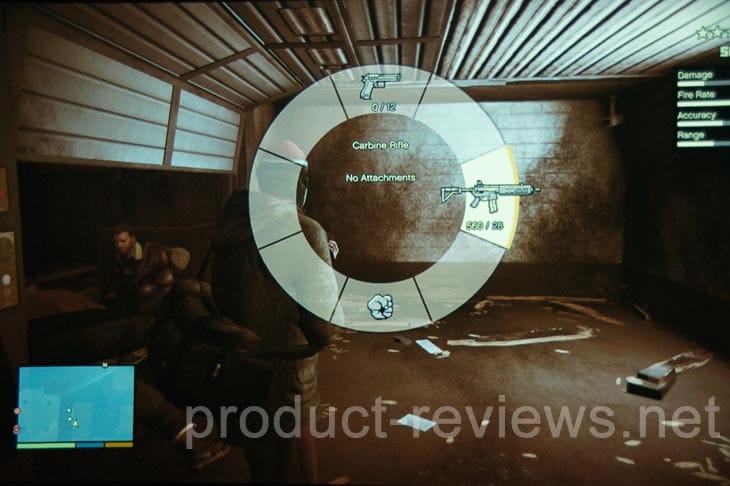 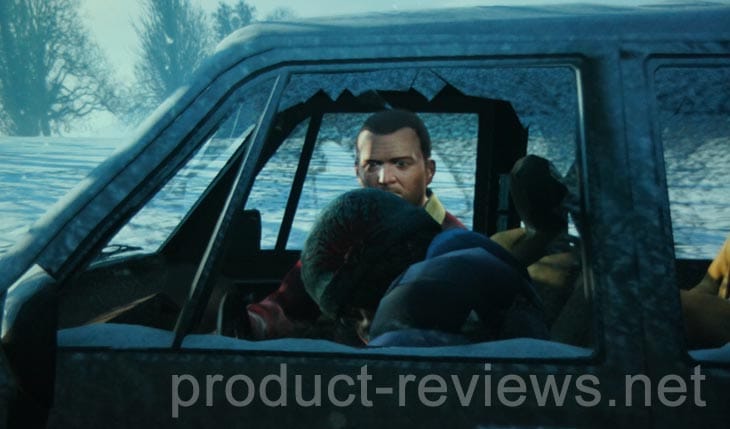 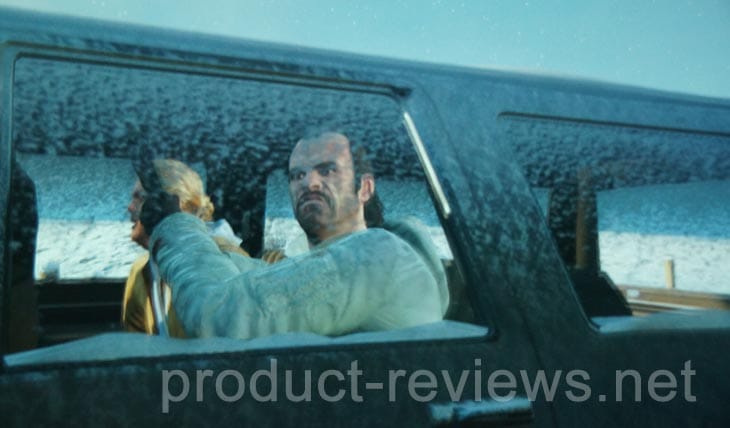 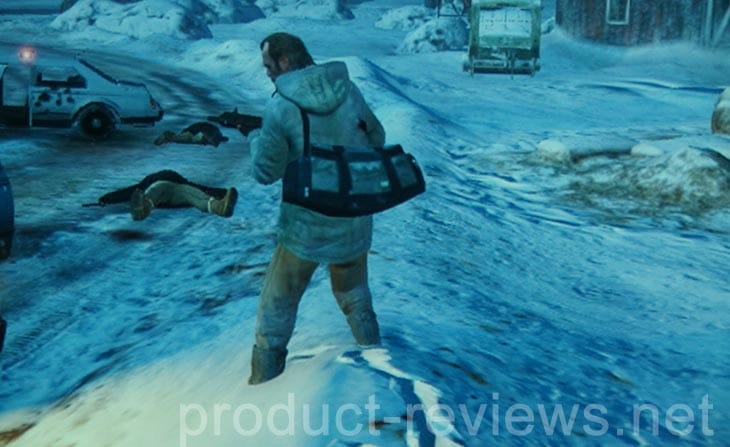 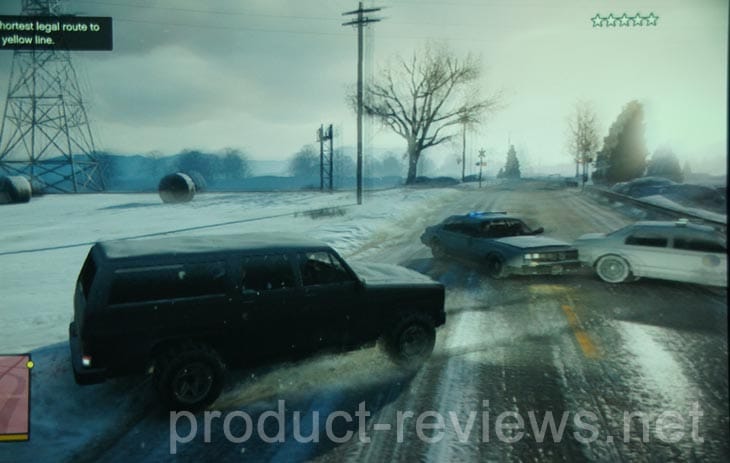 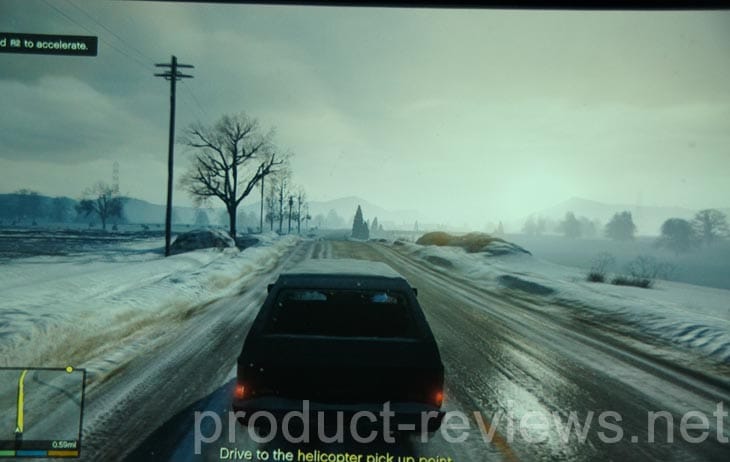 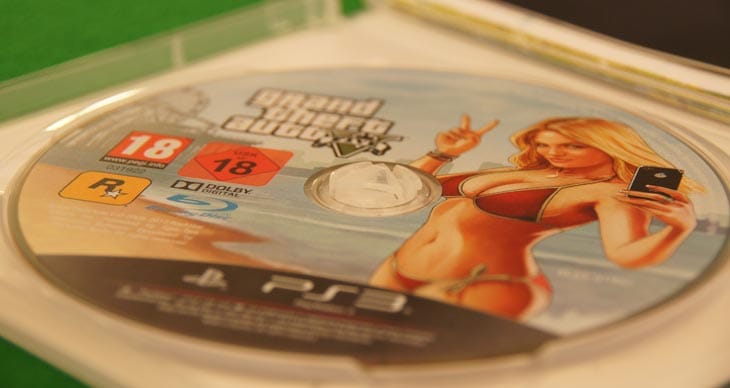