We have gone a few weeks without any notable new GTA V update, with regards to both single-player and GTA Online DLC. We know that Heists is coming in March, but what does Rockstar plan to offer players for the GTA V February 2015 update?

We are continuing to hear all sorts of rumors about leaked content. They involve even more vehicles that could be on the way to the game, such as the HVY Insurgent which you can see an image of below and how it compares to other versions in the game.

Even more exciting, is that it looks like the GTA Online Heists content will include access to a Yacht, based on some images that have already been dug up ahead of the release.

Moving away from Heists though, as we want to know what else Rockstar has in the pipeline. What on earth happened to the GTA Online Casino and Lottery DLC rumors that we heard so much about last year? 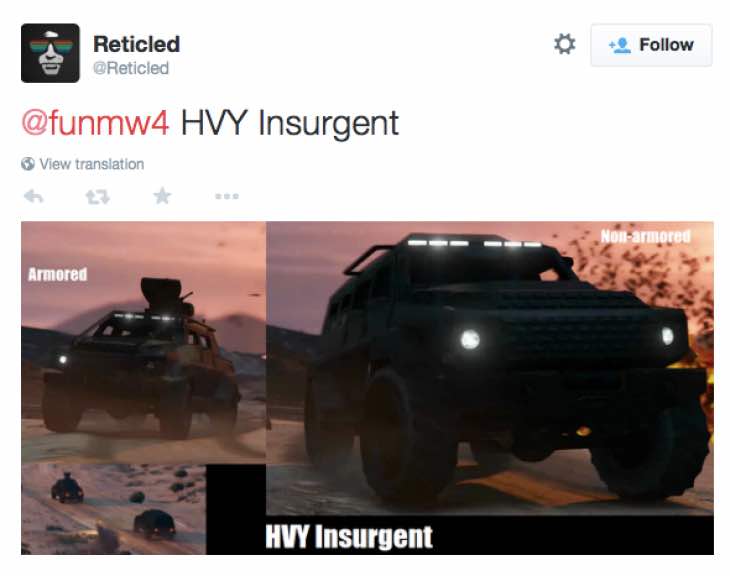 Also, is February going to be the month when we finally see some GTA V single-player DLC for the game? We still cannot believe that it has been over a year since the game launched and we haven’t had a main expansion yet compared to the DLC strategy for GTA IV.

The good thing is that Rockstar has managed to keep the player base high with anticipation for Heists. Are they in danger of losing this though if they don’t release some single-player content soon?

Put it this way, do you need to see more than just Heists to keep you playing? As we look ahead to the GTA Online February update, which should be GTA 1.21 and GTA 1.07 for previous-gen and next-gen respectively, tell us what you personally want to see next in the game.

What does Rockstar need to add to keep you playing?