Earlier on this week we told you how the frustrating wait for official GTA V news from Rockstar had reached fever pitch. However, it appears that Rockstar has answered our prayers though, as they are finally ready to talk GTA 5 again, and have asked gamers for their input on specific features and ideas to put into the game.

In a new blog entry on their official website, Rockstar has asked Grand Theft Auto fans to come up with ideas for new features to be added into the Crews element of GTA V. If you didn’t already know, Crews was first introduced in Max Payne 3 and it’s a multiplayer feature which allows players to team up and participate in online modes as a group, earning extra XP and bonuses as you do so.

Rockstar has already confirmed that this feature will be coming to Grand Theft Auto 5 and as a further reminder, we can tell you that it’s going to be a launch feature as well. Rockstar is asking for help on this specific mode in multiplayer and it could also be a secret indication that they’ve finished with the single player campaign mode in the game. 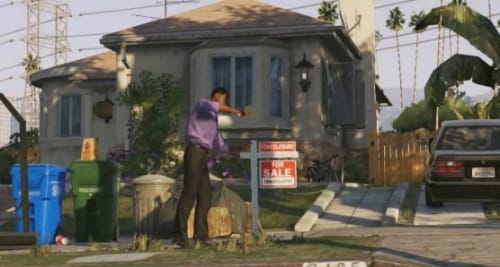 Going back to Crews though, what ideas do you have after playing Max Payne 3, to make the Crews aspect in GTA V a lot better? We’re really pleased that Rockstar is actually asking the community for input on the game and it’s yet another reason why so many fans rate Rockstar as one of the best developers out there – they have held their hands up and basically said that they’re looking for ideas, now it’s up to you to offer up the best ones.

There’s some really interesting feedback to be seen over at Rockstar’s website, but out of the 1000 or so comments, we really like the idea of Rockstar putting in some kind of Free Running elements into the game, so that you and your crew can chill out when you don’t fancy killing people all of the time.

So far, everyone seems to be adding their ideas underneath Rockstar’s official thread, but the developer has reminded GTA V fans that official Crew ideas should be sent to the following email address – GTAVCrewFeedback@rockstargames.com. Hopefully in a few weeks time, Rockstar will share some of the best ideas that they plan to add into the game, so we can all see which entries had been successful.

Have you already sent in an idea to Rockstar using the email above? If so, let us know what you want to see added into the Crews portion of the game. What about a GTA V crews Gangnam style dance off arena?