It is getting to that time again, when GTA V players are wondering what is happening with regards to the GTA Online Heists release date. Rockstar said four weeks ago that Heists would arrive with the ‘first’ GTA Online update on PS4 and Xbox One, but yet again we are being made to wait on that promise.

With Christmas coming up, Rockstar are surely going to provide players with a GTA V December update. Don’t forget we have already told you that a switch is already located in the code for Rockstar to simply ‘turn on’ snow when the GTA V Christmas update is live.

More importantly though, a new GTA V Holiday update on PS4 and Xbox One would also mean that Heists would arrive – going on Rockstar’s latest promise four weeks ago.

Just to refresh your memory on that, let’s bring you Rockstar’s exact wording which they said in a Blog post one month ago – they said “Online Heists which will be available for all four consoles as the first GTA Online Update to happen after the game launches on PS4 and Xbox One.” 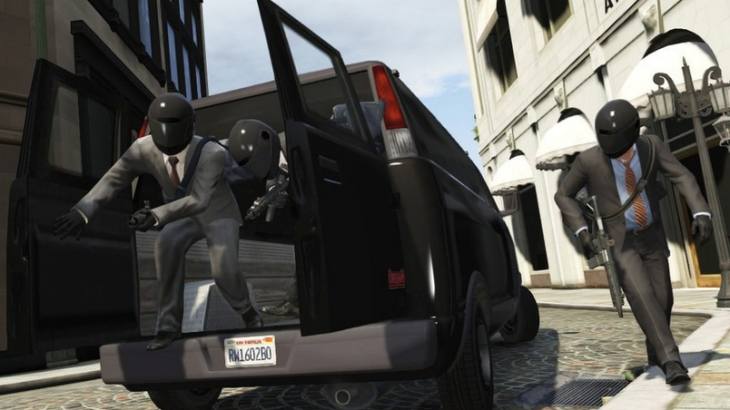 So Rockstar’s initial promise of Heists after the ‘first’ update after the game launches on Xbox One and PS4 may well be up for interpretation.

In likelihood, Rockstar may turn around and say that they are talking about the first ‘major’ update and then this could give them an unlimited window to release Heists.

For us though, a Christmas GTA V update constitutes a major update for the game so in our opinion the clock is ticking. We have been through this already on PS3 and Xbox 360 consoles for over a year, so come on Rockstar – it’s now or never with Heists.

What are your thoughts on this? Are you also expecting Heists to come with the December update for GTA Online, or do you think Rockstar will disappoint again?

Remember, we ended up with nothing for Halloween, so we don’t want to get your hopes up again.