Everybody is waiting for GTA V Heists to arrive but once again Rockstar are happy to keep gamers waiting. There are theories that Heists won’t be ready until GTA V next-gen and PC versions arrive but in the meantime it looks like we have another leaked GTA V DLC update to share with you.

We can now see that Rockstar has vast amounts of small updates that they are putting in place to ensure that there are always GTA V updates to keep players busy over the course of the year.

We have seen evidence of a lottery and casino update coming soon, but now it looks like Rockstar are now putting the finishing touches on a GTA V Comedy Club DLC update as well – although we don’t know when it will be released.

The image which you see directly below has been leaked from a user known as Brice Lazygamer. It shows the blueprint for the new GTA V Comedy Club venue, and the layout that the building will have once it is released publicly. 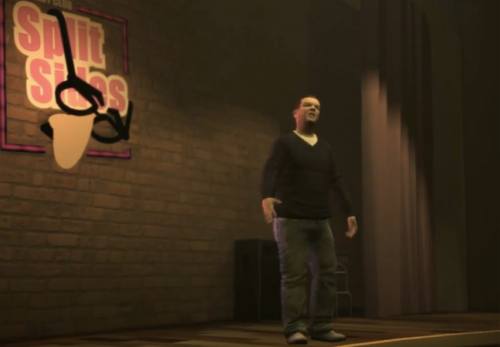 Obviously we don’t know how he has managed to obtain this image, but we believe it is legit since Rockstar has shown with GTA IV that they are big fans of the comedy club sketches in GTA games – can you remember the classic Ricky Gervais comedy scene in GTA IV?

If a GTA V Comedy Club update is coming, it is very exciting to think about the talent that Rockstar may try to introduce. How about a sketch from Eddie Murphy or Chris Tucker this time around, as the Ricky Gervais sketch was very successful in the last game.

Again, we don’t know when this update will drop but it’s a good heads-up for you on new potential content for GTA Online. Give us your thoughts and reaction to a Comedy Club update dropping for the game and which comedians you would like to see.