While Rockstar’s upcoming Ill Gotten Gains DLC update for GTA Online will focus on new vehicles coming to the game, there is one new weapon that is coming too with the arrival of the GTA V Combat PDW.

Now, we wanted to talk a little bit about this weapon, in relation to how it will fair against some of the other popular weapons in GTA Online.

It looks like Rockstar will be taking inspiration from the SIG Sauer MPX submachine gun, a real-life weapon that was launched earlier this year. 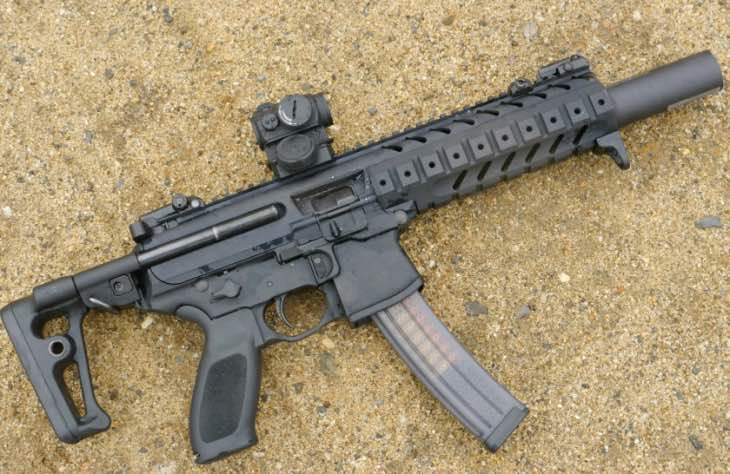 We have two images to show you here, first a look at the SIG Sauer MPX in real life and then another image below which shows Rockstar’s interpretation of it in GTA Online with the Combat PDW.

Obviously we’re not 100% sure that this is the exact model which the Combat PDW is based off but we think it’s a pretty good guess.

Hopefully it won’t be too expensive when it arrives in AmmuNation stores next week compared to other weapons – we’re guessing Tuesday June 9 will be when it’s available.

What are your thoughts on this weapon, can you see yourself using it in GTA Online modes as your main primary weapon?