The Grand Theft Auto V cash bonus is available to PS4 and Xbox One owners, although there seems to be some upset people that pre-ordered and thought the deal was exclusive if they placed an order early.

In fact, one of the Product Reviews team picked up GTA V on PS4 with a cash bonus today thanks to a redeem code inside. They didn’t pre-order the game on new platforms, but inside the case there’s a flyer stating “claim your $1,000,000 in-game cash. 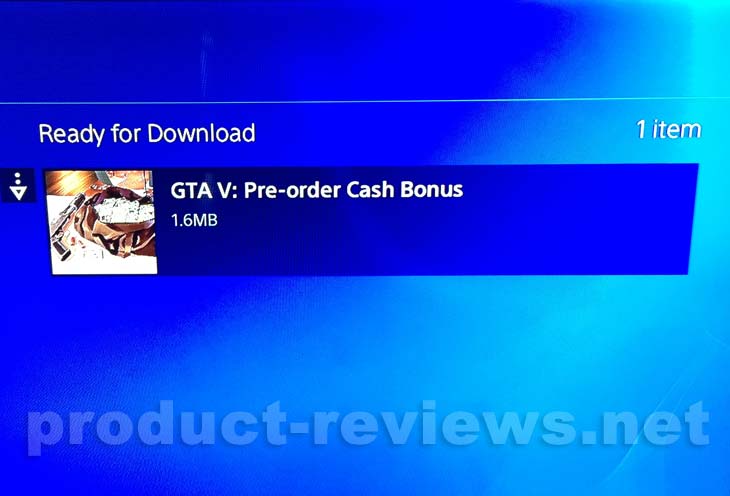 You can see a screenshot of the 1.6MB download file given after inputting the GTA V cash bonus redeem code on PS4, although you have to do this through the PlayStation Store.

The money is split into $500,000 for Grand Theft Auto V and $500,000 for GTA Online. We have heard about some people not getting their online money and claimed it was missing after waiting some time, but our $500K appeared in GTA Online for PS4 pretty quickly.

GTA V cash bonus misleads after PS4 redeem code – the confusion comes thanks to many of our readers thinking you had to pre-order to receive the extra cash, and the situation seems even more confusing when you see the download is labeled “GTA V: Pre-order Cash Bonus” as well.

Do you think it was fair for people that didn’t pre-order GTA V on PS4 and Xbox One to also receive the pre-order bonus cash?