Rockstar love teasing us by trickling Grand Theft Auto 5 information out on their official blog, which this weekend included an update in their digital download section. Fans can now find all the GTA V art released to date, and this includes the artwork we’ve featured above called The Trunk. Some of the pictures have already been seen at game stores across the US and UK, although only now can you download everything from the download section on Rockstar Games. You’ll find screensavers, icons, avatars, wallpapers, and a lot more.

Not to be confused with the recent Game Informer magazine cover, it seems that Rockstar will be revealing the official GTA V box cover later this month. In the recent blog post, Rockstar told fans to “stay tuned for lots more ahead“. They also mentioned that not only will more artwork be revealed this month, but also gamers can look forward to GTA V’s official box art in January. 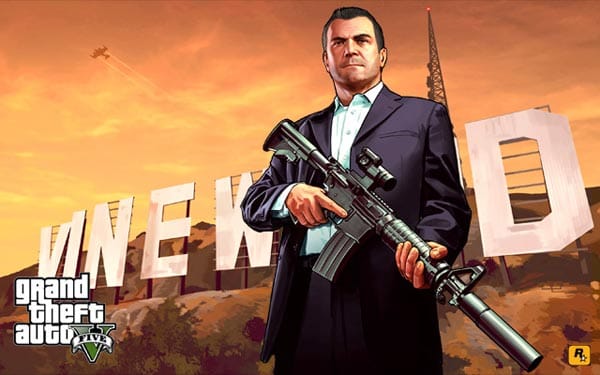 Do you have a favorite GTA 5 screenshot? Feel free to share the artwork and screenshots that you’ve loved the most over the last year. Have you been making use of the official download section?

In case you missed it — we featured a screenshot that included a dog-riding shotgun at the end of December, and this opened up some ideas for the role of dogs in GTA 5. This week we also featured one incentive that signaled a possible release date in March, although it wouldn’t be the first time a pre-order poster has made such a claim, and in our opinion March isn’t the month and gamers should look towards late April or early May.