It is again going to be a busy week for GTA V fanatics. We may not have GTA V Heists just yet, but Rockstar are instead putting their focus into the GTA V Business Update – offering the Albany Alpha, Grotti Turismo R and Dinka Jester cars.

We already spoke in detail about the Dinka Jester in a separate article here, but now it is time to focus on the other two models which a lot of you are getting very excited about.

Some eagle-eyed hardcore fans have already spotted that the upcoming GTA V Grotti Turismo R looks like it is heavily based of the popular Mclaren P1 supercar in real life.

Take a look at the real life counter-part that we have included below, with Rockstar’s version above from the Business update preview – we think Mclaren P1 is a pretty good guess. 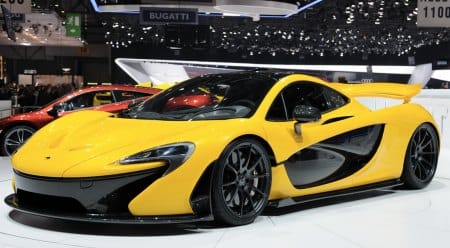 How much will both cars cost though? Obviously they are not going to be cheap, so we hope you have saved up your cash and have been grinding for this very moment.

Obviously nobody knows for sure yet, but we think it is a good idea to have at least 2 million ready to pick up all three cars at once. The debate is ongoing here, but we want to know your predictions below.

How much do you think you will have to pay for the GTA V Albany Alpha, Grotti Turismo R and Dinka Jester cars?