The next Grand Theft Auto V update for PS3 is version 1.25 and 1.11 for PS4, so today we look towards the future updates and what Rockstar should deliver in your opinion. The previous gap between patches was much smaller than normal, although this is due to Heists releasing and problems arriving with this DLC.

Most gamers welcome stability improvements and fixes to certain glitches, v1.09/v1.23 delivered these, it was the graphics problems and what looked like downgrading of graphics needing a fix last month. This came within the 1.10/1.24 update and with it, confirmation that the previous download created graphical problems and this resulted in a large debate within the community. 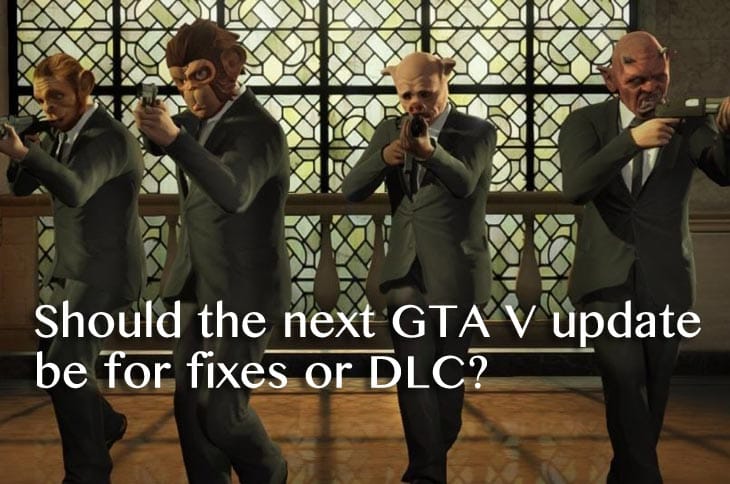 We have been hands-on since the previous download and seen graphics improve in GTA Online along with the single player mode. If you have seen something different, then leave a comment below with the platform you are playing on and more details.

What should the GTA V 1.25 PS3 and 1.11 PS4 update bring? If you have had enough of Heists, then you might be thinking about new DLC with additional cars and weapons. Those loving Heists and not bored might have problems needing a fix, or see bugs they’d like fixed with the next update.

While PC gamers start to pre-load the game download finally, we want to know today about new features, DLC, and bugs needing to release with the next GTA V update. Would you rather see new DLC or fixes to current server/game issues? Some requests have still not been met that we received within this article.