For the first time since we can remember, Rockstar has broken their tradition by launching a new GTA V update on a day that isn’t Tuesday. On Thursday evening, Rockstar went live with the GTA V 1.17 update on PS3 and Xbox 360 and we can now bring you the full GTA Online 1.17 notes for those that want to know what is new.

Unfortunately, there’s still no Heists to get that out of the way first. The GTA V 1.17 patch has officially been tagged as the GTA Online Last Team Standing update and there’s some brand new weapons and vehicles to buy.

These include the Heavy Shotgun, Marksman Rifle which are available from Ammu-Nation, Shitzu Hakuchou sport bike, Canis Kalahari Topless and the LCC Innovation chopper. There’s also a new fiery Lampadati Furore GT which has been added to Southern San Andreas Super-Autos. 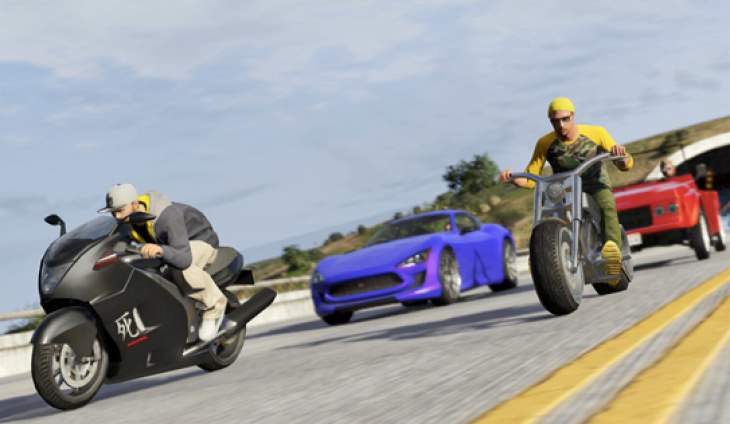 Are you shocked that Rockstar has decided to release a new GTA V update on a Thursday instead of Tuesday? It now means of course that we can expect Heists to drop on any given day, not necessarily a Tuesday which is very interesting.

Read the full GTA V 1.17 patch notes over at Rockstar Support and let us know your thoughts on the update. It’s live now on PS3 and Xbox 360.