As Rockstar released another GTA V update for their millions of players this week, it is another week that has passed by without Rockstar releasing the Heists content that everyone is waiting for.

We were not expecting GTA V 1.15 to arrive so soon on Tuesday, as we assumed that Rockstar would take longer on the update to finally push Heists out to everybody.

However, it turned out that the developer wanted to offer some free Independence Day goodies for players in time for the July 4 celebrations – those key goodies being the Liberator monster truck and the Firework Launcher.

As the dust settles on this update though, is Heists still around the corner and will instead be ready for the next GTA V 1.16 update? We are not sure if this is going to come on Tuesday July 8, but gamers may be expecting it after seeing two updates in a row in two weeks.

What we can say though is that Rockstar are still doing the groundwork. Somehow, players have gained access to Rockstar’s internal plans though as we can tell you that more source code has leaked. 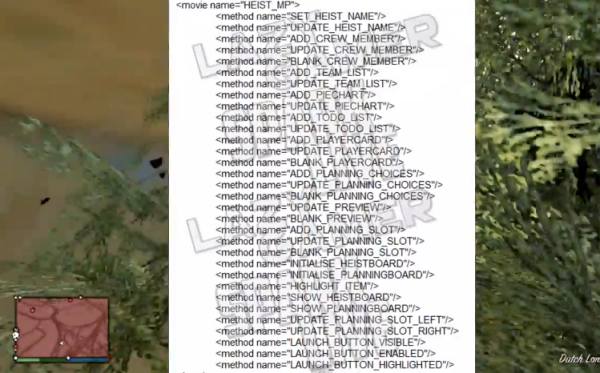 Look at the image above and you’ll see that new Heists source code has been found, along with parameters referring to changing Heists name, to adding crew members for Heists.

Remember that we told you recently, that Heists could have support for 20 players – split between 16 police and 4 criminals in player vs player servers.

It’s clear that Rockstar are building up to this massive release, but will it come with the GTA V 1.16 patch? Let us know your thoughts on the new source code above – we found it in the video below which you can also check out.

How desperate are you to play Heists after playing with the new Independence Day update? Do you even still want Heists any more?