The Grand Theft Auto V 1.15 update has gone live in a surprise release without any real indication before, although this patch brings with it some special DLC that makes sense considering Independence Day is almost upon us.

We’ll post a screenshot of the 73.6 MB GTA V 1.15 update soon and follow up with detailed notes on what’s included in the Independence Day Special DLC.

Some of Product Reviews readers have mentioned a new motorbike, monster truck, and new properties as well that will be ideal if you are looking for a new property now that you can own more than one. The new apartments can be seen on Dynasty 8 Real Estate within the game itself, as you can see in the screenshot above.

What have you noticed different in the GTA V 1.15 update and DLC? Share a comment below with everything you’ve noticed so far, although remember the update only went live in the last hour, and you’ll get to see plenty of gameplay on YouTube as well in the coming day. 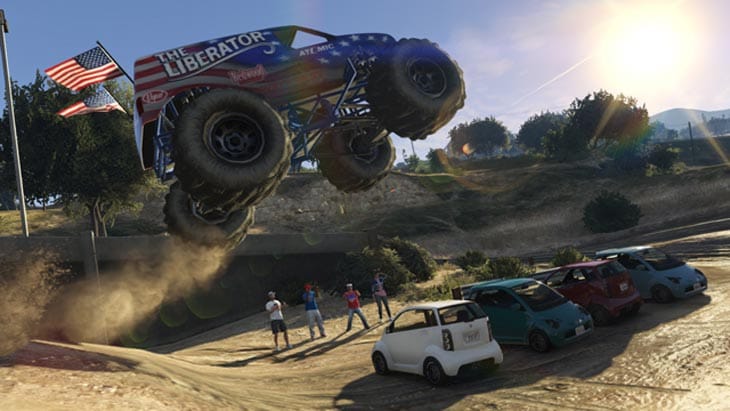 Update: We just embedded a video below that showcases the new properties in the Independence Day DLC, which feature in GTA Online after installing the latest patch. You can also see a screenshot of the new monster truck above.