Rockstar is beginning to show signs of their infamous delay tactics when it comes to the next-gen versions of GTA V on PS4 and Xbox One. We have just had two quick-fire ‘stabilty’ updates, so were they preparing the groundwork so to speak with a potential GTA V 1.05 PS4 update for Heists that is on the way?

We wouldn’t want to get our hopes up on this, as we will probably get let down again. Rockstar initially said that the Heists content would be out with the first ‘major’ update for PS4 and Xbox One versions after the game launched.

Considering that GTA V 1.05 is next on PS4, does this constitute as a ‘major’ version given the number, or are Rockstar actually thinking along the lines of GTA V 1.10 instead? 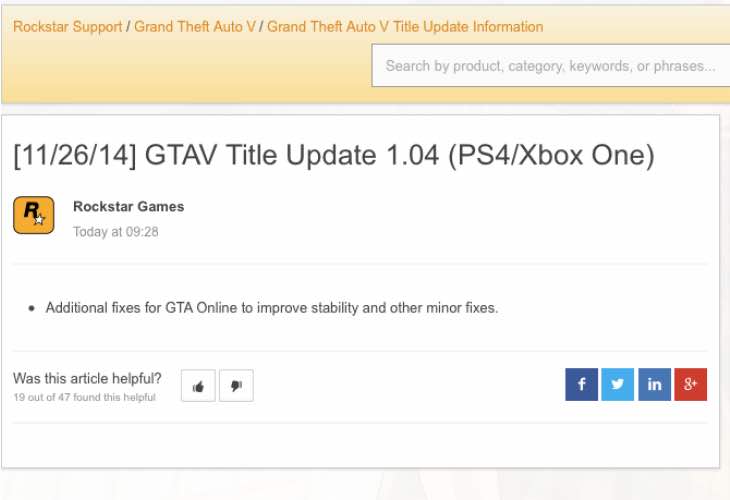 Either way, Heists needs to come soon as new owners on PS4 and Xbox One are already starting to ask questions on social media. Above is a screenshot of Rockstar’s official patch notes for the last update.

We called the update a mystery as when it went live, nobody knew what the changes were. Now Rockstar hasn’t even gone into detail on the update, which is the second time in a row they have done this.

It seems to us that Heists is being prepared and they are slowly making the game compatible first with the Heists update that is going to drop soon.

Are you getting impatient on Heists again? Let us know what you would like to see in the GTA V 1.05 PS4 update.