The next patch for Grand Theft Auto V on PS4 and Xbox One is the 1.04 update, which will need to fix a number of glitches already found and almost certainly won’t patch them all. It has been made clear by Rockstar before that some so-called bugs should stay, thanks to the harmless fun they bring to this open world game, although others need to be fixed within the GTA V 1.04 update on PS4 and Xbox One.

While PS3/Xbox 360 owners wait for the GTA V 1.19 update that hopefully brings Heists, if so it might come within the 1.04 PS4/XB1 online update if both release at the same time, it seems like there’s many new glitches being reported for new platforms. 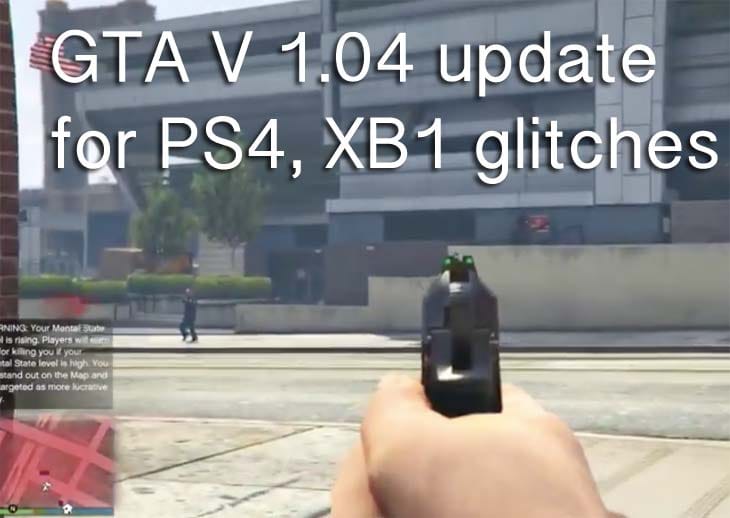 This week we’ve heard from Product Reviews readers about a few GTA V glitches on PS4. These include topless strippers in Vanilla Unicorn main area, a new money glitch, wall breach buildings when playing Michael and Franklins tutorial, and plenty of garage glitches. In fact, we have a video featuring the latter below this article and some gamers will want problems like this fixed, while others enjoy them in-game.

Performed while running the latest 1.03 patch, the first video below reveals a so-called “GTA 5 Next Gen Garage Glitch”. Another video running the same update features a way to make $2 Billion SP within a money glitch, which should work on both PS4 and Xbox One.

Have you seen any GTA V glitches that need fixing when the 1.04 update releases and if so, what platform did they take place on? Also, we’d love to hear about any glitch you would like to stay thanks to the fun it provides.