We knew that Rockstar were due to launch a new GTA V update today to fix earlier problems and now we can confirm it has just gone live. GTA V 1.03 update is available to download now at 1.14GB – the same size file as before.

To recap, Rockstar already launched this update hours ago as we told you here. However, it looked like the update was corrupted as it was causing big problems after installation.

Now, it looks like Rockstar has managed to fix the issues and you should be able to play GTA Online 1.03 on PS4 without problems. 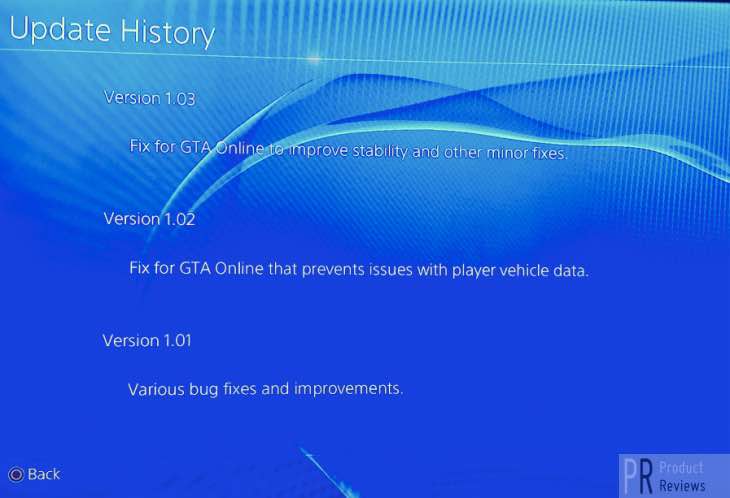 Our images confirm that the GTA V 1.14GB update on PS4 is available right now, while a second image confirms the initial GTA V 1.03 PS4 patch notes as they appear on the PS4 menu.

As you can see, Rockstar has kept it brief on the PS4, by saying that this update is specifically for GTA Online ‘to improve stability and other minor fixes’.

However, this isn’t the full patch notes – Rockstar will be revealing the full content here later on in the day, it usually takes them several hours between an update going live on the console and the notes appearing on the support website.

For now, let us know what you are seeing different on PS4, compared to the PS4 1.02 update. Is Heists here yet? Also let us know if you are having any GTA V 1.03 update problems this time, or if you were able to install without issue.