We have some exciting news for GTA 5 players now, after some leaked information has revealed that Rockstar could soon go live with a new Adversary mode in GTA 5 Online called Rhino Hunt.

Rockstar themselves haven’t announced this yet, which is surprising given that the leaked information suggests it will be available starting from Friday February 26 to March 3, 2016.

We know this as leaker Yan2295 has revealed some early images of the new mode via his Twitter account – for those that don’t know, this is the same person who always leaks content ahead in advance which always turns out to be legit. 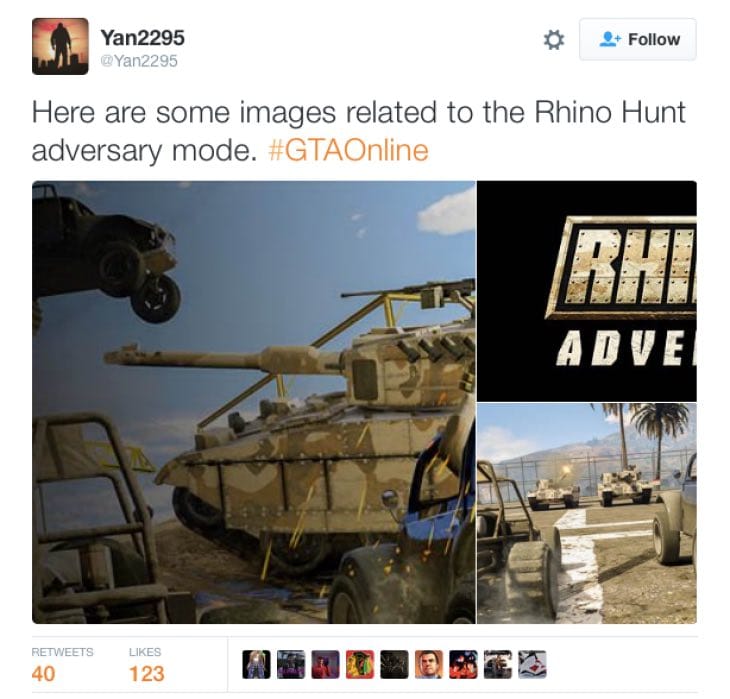 Take a look at the images above and let us know what you think. The pictures suggest that players will have to group and take down a tank together, so it could be great fun to head back into the game this weekend.

We are expecting Rockstar to announce this any minute so prepare yourselves. Will you be heading back into GTA Online once Rockstar unveils this mode officially?

Anyone up for some Rhino hunting?