The moment is finally over for PC owners, as Rockstar prepares to unleash GTA V on PC. While we have just witnessed the latest story mode trailer for the PC version, what we haven’t seen yet is GTA Online Heists on PC – until now that is.

It looks like Rockstar has slipped up, as they have released a video of GTA Online Heists in Russian language. As far as we’re aware, this video was not meant to be revealed to the public until next week, but it is already available now despite Rockstar’s efforts to remove it from YouTube.

AGB are the ones to thank for that, as they’ve provided a video on a different host which is still viewable below. As a result, we can now bring you a comparison with GTA Online Heists PC Vs PS4 and Xbox One – based on the Heists trailer that Rockstar released for next-gen consoles back in December of last year.

It looks like the wait is going to be well worth it, as PC owners are really in for a treat with superior graphics quality and a game that will run at a full 60FPS. 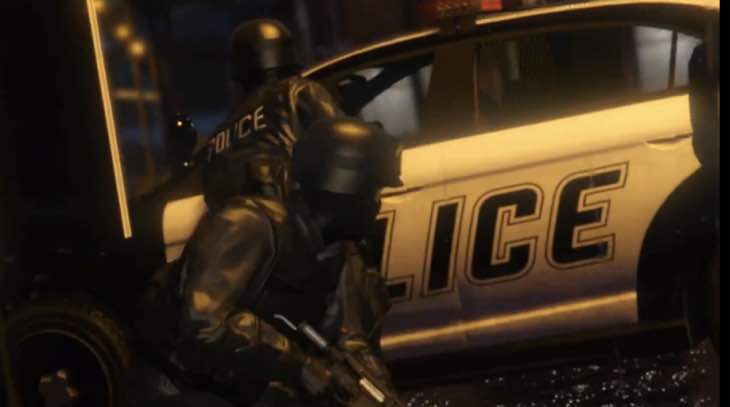 It really does show as well in the trailer, so take the time to examine both clips one after the other while you still can.

Again, we expect the English version of this trailer to go live next week but for now – this leaked Russian version is good enough.

As a PC owner, do you now forgive Rockstar for taking so long with the PC version considering that it is looking amazing? It’s mouth-watering to think about mod possibilities as well once developers get to work on it underground.

Compare the two Heists trailers below and leave your thoughts afterwards.